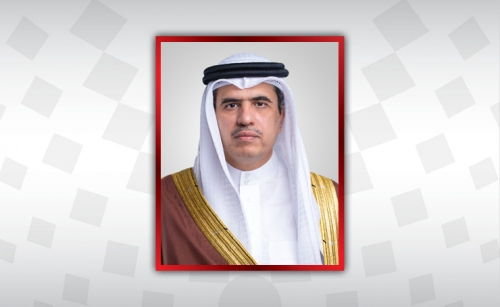 Bahrain’s information minister lashed out at Qatar’s media policies and accused it of vile attempts to undermine the Arab world’s integrity by targeting Egypt and Saudi Arabia. “Media conspiracy launched by the Qatari Al-Jazeera channels over the past 25 years for the sake of undermining Egypt’s security has failed,” the minister said adding, “Egypt still represents, as it always has, the strategic depth and security for every Arab citizen.”

The minister said this during a telephonic interview yesterday with Amr Adib of MBC Masr (Egypt). Ali bin Mohammed Al-Rumaihi said the programme of the “terrorist attacks and media campaigns targeting Egypt’s national security are not new.” But those doing it have become a remnant of the past and their national status no longer exists.”

Egypt’s wise policy over the past years will not be affected by those conspiring against them, or by those who are connected to the Arab world only by name, but serve external agendas, the minister stressed. The minister reaffirmed that Bahrain is with Egypt in all its decisions, “just as Egypt’s positions are always with us.”

“Egypt has always been, and still is, a leader in defending the Arab world,” the minister pointed out. He said: “The solid relations between Bahrain and Egypt, under the leadership of His Majesty King Hamad bin Isa Al Khalifa, and President Abdel Fattah El-Sisi, are the outcome of the two countries’ deep-rooted civilisations and a long history of mutual respect.”

On Bahrain’s supportive stance in Libya issue, the minister told the channel that Bahrain’s supportive stance stems from the long-standing relations between the two brotherly countries. “The relations between Bahrain and brotherly Egypt are distinguished, and our role, as media officials, is to highlight that and enhance confidence in Egypt’s role,” the minister said.