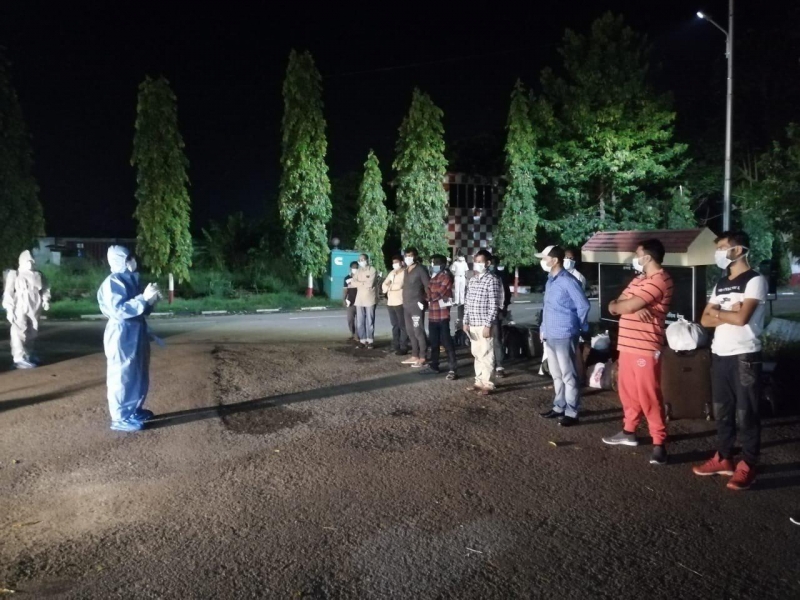 One hundred twenty-seven Indian expatriates, all of whom have pardoned inmates, including 56 Keralites, were repatriated to Cochin in the Indian state of Kerala yesterday on a Gulf Air chartered flight.

They were among the 901 inmates pardoned last March following a Royal decree issued by His Majesty King Hamad bin Isa Al Khalifa. Upon their arrival at Cochin International Airport, the Indian nationals were quarantined at School for Naval Airmen: Indian Navy, where they underwent screening for the coronavirus (COVID-19).

“The Bahraini government has extended tremendous cooperation towards the Indian community in the country through this noble gesture,” said Indian Embassy second secretary PK Chowdhury.

He expressed his tremendous gratitude towards the constant support of HM the King and the Labour Market Regulatory Authority (LMRA) to the Indian migrant population in the Kingdom. Elaborating on the renewed cooperation with India since the maiden visit to Bahrain of Indian Prime Minister Narendra Modi in August 2019, Choudhury especially thanked HM the King and the entire Royal Family for their compassion.

The released inmates were identified through a thorough review of their commitment to reform and rehabilitation measures placed by the authorities, said Interior Minister General Shaikh Rashid bin Abdullah Al Khalifa.

The Interior Minister added that the review was based on the provisions and principles of the international human rights agreement.

Unable to arrange for the settlement of fines and return to their homelands, most inmates would have faced many years in prison, the Interior Minister said, adding that their pardoning highlights the compassion of the Royal Family especially as COVID-19 fears spread.