Without wages, workers live on borrowed food | THE DAILY TRIBUNE | KINGDOM OF BAHRAIN 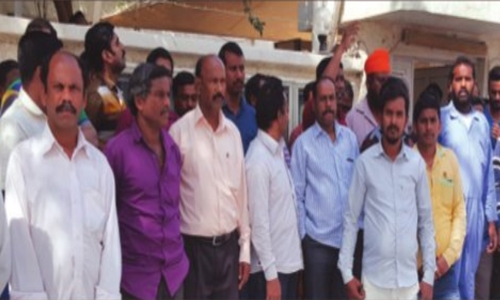 Manama : Around 75 workers of Indian origin working in a construction company here have reportedly approached the Indian Embassy yesterday and complained that they have not been paid their salaries for the last four months, according to reports yesterday.
The Indian nationals pleaded for financial help from the Embassy as they have been left penniless for the last few months, reports said.
Many of them have been working in the company for the last 15 years, the employees were quoted to be saying. They have been living on loaned food from a cold storage as the store people have been kind to them, the employees said
The labourers are in the range of 25 to 55 years of age. Some of them earn salaries as low as BD 60 per month. Their plight has become serious as their relatives down in their native places have also been put into starvation, they told the Embassy. “Our families are under severe emotional stress,” they said.
According to sources, the company is currently running at a loss, and the workers are still worried if they will ever get their salaries.
Many of the higher officials have left early enough sensing the company was going into a loss, but the low paid workers who have not been able to find new jobs or change sponsorship are still reeling under the pressure.  Some of them still work for the company as they have no other choice, said sources.
However, the Indian Embassy was not available for a comment, the reports said.

Qatar set to invest £5bn in UK over next five years