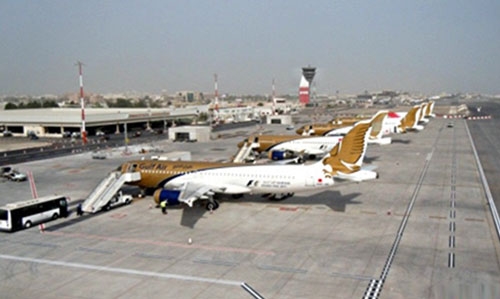 Dubai: Bahrain International Airport sees its future in origin and destination traffic and not along the east and west transcontinental routes that Dubai, Doha and Abu Dhabi have built their hubs on.

“The strategy with Bahrain International Airport and the national carrier is to go after O&D (origin and destination). O&D is what contributes to the country’s tourism,” airport chief commercial officer, Mohammad Khalil, told Gulf News at the Airport Show in Dubai on Wednesday.

Bahrain’s home carrier, state-owned Gulf Air, switched its attention to regional routes in 2013 when it started axing some long-haul flights as part of a restructuring process to cut losses.

Origin and destination traffic is better for Bahrain International’s bottom line as it only charges passenger fees for those arriving and departing, not transiting.

Bahrain International, whose catchment area is anything within a three-hour drive of the small country, believes it can capture more O&D traffic from its neighbour Saudi Arabia, which connects to Bahrain by the King Fahd Causeway.

The airport is expanding capacity by 10 million passengers a year to 14 million by 2020 at cost of $1.1 billion.

That expansion “would vastly improve our services and would hopefully offer facilities that are specific to the Saudi passengers,” Khalil said.

The investment is the airport’s first major expansion since 1994, when capacity increased to around 4 million passengers a day. Already operating over capacity, Bahrain International expects 9.1 million passengers this year while a 2013 forecast puts annual passenger numbers to increase to 16 million by 2034. “There should be a new airport by 2034,” Khalil said.

In 2015, Bahrain said it was studying plans to for a two-runway airport on reclaimed land to the north of the country.Gu

Fee increase not under consideration at Bahrain airport