Monkeypox cases in Europe have tripled in last 2 weeks, says WHO | THE DAILY TRIBUNE | KINGDOM OF BAHRAIN 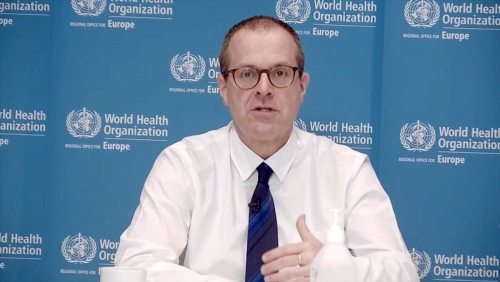 The World Health Organization’s Europe chief warned Friday that monkeypox cases in the region have tripled in the last two weeks and urged countries to do more to ensure the previously rare disease does not become entrenched on the continent.

And African health authorities said they are treating the expanding monkeypox outbreak as an emergency, calling on rich countries to share limited supplies of vaccines to avoid equity problems seen during the Covid-19 pandemic.

WHO Europe chief Dr. Hans Kluge said in a statement that increased efforts were needed despite the UN health agency’s decision last week that the escalating outbreak did not yet warrant being declared a global health emergency.

“Urgent and coordinated action is imperative if we are to turn a corner in the race to reverse the ongoing spread of this disease,” Kluge said.

To date, more than 5,000 monkeypox cases have been reported from 51 countries worldwide that don’t normally report the disease, according to the US Centers for Disease Control and Prevention. Kluge said the number of infections in Europe represents about 90% of the global total, with 31 countries in the WHO’s European region having identified cases.

Kluge said data reported to the WHO show that 99% of cases have been in men. But he said there were now “small numbers” of cases among household contacts, including children. Most people reported symptoms including a rash, fever, fatigue, muscle pain, vomiting and chills.

Scientists warn anyone who is in close physical contact with someone who has monkeypox or their clothing or bedsheets is at risk of infection. Vulnerable populations like children and pregnant women are thought more likely to suffer severe disease.

About 10% of patients were hospitalized for treatment or to be isolated, and one person was admitted to an intensive care unit. No deaths have been reported.

Kluge said the problem of stigmatization in some countries might make some people wary of seeking health care and said the WHO was working with partners including organizers of gay pride events.

In the U.K., which has the biggest monkeypox outbreak beyond Africa, officials have noted the disease is spreading in “defined sexual networks of gay, bisexual, or men who have sex with men.” British health authorities said there were no signs suggesting sustained transmission beyond those populations.

A leading WHO adviser said in May that the spike in cases in Europe was likely tied to sexual activity by men at two rave parties in Spain and Belgium.

Ahead of gay pride events in the U.K. this weekend, London’s top public health doctor asked people with symptoms of monkeypox, like swollen glands or blisters, to stay home.

Nevertheless in Africa the WHO says that according to detailed data from Ghana monkeypox cases were almost evenly split between men and women, and no spread has been detected among men who have sex with men.

WHO Europe director Kluge also said the procurement of vaccines “must apply the principles of equity.”

The main vaccine being used against monkeypox was originally developed for smallpox and the European Medicines Agency said this week it was beginning to evaluate whether it should be authorized for monkeypox. The WHO has said supplies of the vaccine, made by Bavarian Nordic, are extremely limited.

Countries including the U.K. and Germany have already begun vaccinating people at high risk of monkeypox; the U.K. recently widened its immunization program to mostly gay and bisexual men who have multiple sexual partners and are thought to be most vulnerable.

Until May, monkeypox had never been known to cause large outbreaks beyond parts of central and west Africa, where it’s been sickening people for decades, is endemic in several countries and mostly causes limited outbreaks when it jumps to people from infected wild animals.

To date, there have been about 1,800 suspected monkeypox cases in Africa, including more than 70 deaths, but only 109 have been lab-confirmed. The lack of laboratory diagnosis and weak surveillance means many cases are going undetected.

“This particular outbreak for us means an emergency,” said Ahmed Ogwell, the acting director of the Africa Centers for Disease Control.

The WHO says monkeypox has spread to African countries where it hasn’t previously been seen, including South Africa, Ghana and Morocco. But more than 90% of the continent’s infections are in Congo and Nigeria, according to WHO Africa director, Dr. Moeti Matshidiso.

Vaccines have never been used to stop monkeypox outbreaks in Africa; officials have relied mostly on contact tracing and isolation.

The WHO noted that similar to the scramble last year for COVID-19 vaccines, countries with supplies of vaccines for monkeypox are not yet sharing them with Africa.

“We do not have any donations that have been offered to (poorer) countries,” said Fiona Braka, who heads the WHO emergency response team in Africa. “We know that those countries that have some stocks, they are mainly reserving them for their own populations.”

Matshidiso said the WHO was in talks with manufacturers and countries with stockpiles to see if they might be shared.

“We would like to see the global spotlight on monkeypox act as a catalyst to beat this disease once and for all in Africa,” she said Thursday.