Monkeypox cases will not explode in same way as Covid-19, experts say | THE DAILY TRIBUNE | KINGDOM OF BAHRAIN 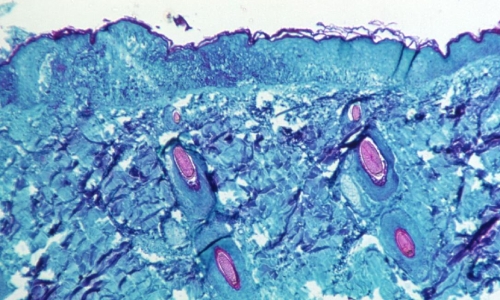 South African disease experts do not see a need for mass vaccination campaigns globally against monkeypox or believe that cases will explode in the same way as Covid-19.

As of Wednesday, South Africa has not recorded any confirmed or suspected cases of monkeypox, a usually mild viral infection that is endemic in parts of West and Central Africa.

But its health authorities are vigilant after more than 200 suspected and confirmed cases of the virus, the majority in Europe, have been detected in at least 19 countries since early May.

The monkeypox variant involved in the current outbreak has a case fatality rate of around 1%, though no deaths have been reported so far.

Puren said the use of vaccines should be prioritised for other infections that were more highly pathogenic or deadly.

“We need an agenda for what vaccines should be prioritised and how we approach that because again there is a finite amount of financing that can go into vaccines,” Puren said. “I understand the pressure ... but I think in this particular context we just need to be cautious.”

Jacqueline Weyer, from the NICD’s Centre for Emerging Zoonotic and Parasitic Diseases, said she believed the current monkeypox outbreak outside of Africa could be contained more quickly through testing, contact tracing, and monitoring and isolation than via vaccination.

She said among the 11 monkeypox cases subject to genomic sequencing, there were virtually no changes from virus cases recognised in Nigeria in recent years.

“So nothing strange, nothing that we haven’t seen before except that it’s now happening in a different place,” she said.

Monkeypox was not as highly transmissible as the virus that causes COVID-19 and health authorities could get ahead of it by applying similar techniques to ones used to control the spread of Ebola, Weyer added.

Oxford University Professor Moritz Kraemer told a separate seminar that it was very difficult to predict the case trajectory for monkeypox. “It’s too early to do any modelling,” he said.

Key questions that still need to be answered include: when people transmit monkeypox, whether it’s transmissible before symptoms are apparent, how many close contacts later test positive and how quickly they test positive, Kraemer said, adding the answers would be necessary for robust modelling.