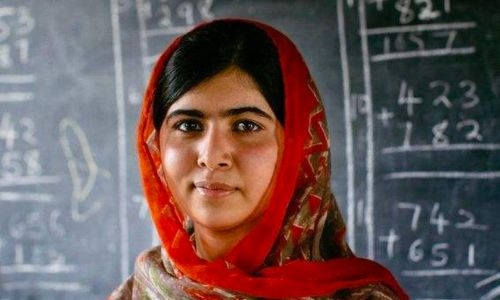 Nobel Prize laureate Malala Yousafzai has expressed fear for women and girls in Afghanistan after the Taliban issued a decree making the hijab compulsory for women in the country. She urged world leaders to hold Taliban accountable for violating the human rights of Afghan women.

“The Taliban want to erase girls and women from all public life in Afghanistan - to keep girls out of school and women out of work, to deny them the ability to travel without a male family member, and to force them to cover their faces and bodies completely,” tweeted Malala. She urged world leaders to take collective action to hold the Taliban accountable for violating the human rights of millions of women and girls.

“We must not lose our sense of alarm for Afghan women as the Taliban continue to break their promises. Even now, women are taking to the streets to fight for their human rights and dignity - all of us, and especially those from Muslim countries, must stand with them,” added Malala.

Earlier, UN chief Antonio Guterres on Sunday aired his concerns about a recent decision by the Taliban to obligate Afghan women to cover head-to-toe, a decision that has led to severe criticism from human rights observers.

“Step by step Taliban is obliterating Afghan women’s human rights with the latest edict on mandatory face coverings compounding restrictions on education, movement, employment and public life. There must be consequences for human rights violations - time for the int comm to act,” Richard Bennett said in a tweet.

Unrecognised by most of the international community, the Taliban-led government has committed to respecting the human rights and rights of women. The UN mission in Afghanistan has expressed concern about the announcement, saying that this decision contradicts numerous assurances regarding respect for and protection of all Afghans’ human rights, including those of women and girls.