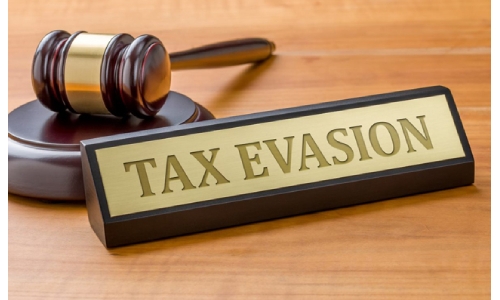 Investigation into tax evasion cases committed by seven commercial outlets have been completed by the Tax Evasion Crimes Unit at the Public Prosecution.

The unit chief made the announcement, saying that the suspects had breached the provisions of Law (40) of 2017 regarding the Excise Tax.

Their cases were referred to the Criminal Court. The Tax Evasion Crimes Unit had received reports from the National Bureau for Revenue (NBR) indicating that seven commercial outlets engaged in the import and sale of tobacco and its products had violated the provisions of the Excise Tax Law and its Executive Regulations regarding the registration of excise goods, including tobacco and its products, electronic hookah devices and liquid tobacco, and the payment of due tax.

The shops also calculated partial amounts on such excise goods, made and produced excise goods without paying due taxes, as well as provided incorrect documents and false statements, in an attempt to evade the payment of due taxes.

The Tax Evasion Crimes Unit heard the statements of NBR’s judicial officers regarding the inspected shops, the excise goods, the provided documents and due tax amounts, reaching a total of BD 679,642,000 in the seven cases.

The unit also questioned the officials of the violating shops, presented them with evidence and ordered their referral to the competent criminal court.