US fires warning shot | THE DAILY TRIBUNE | KINGDOM OF BAHRAIN 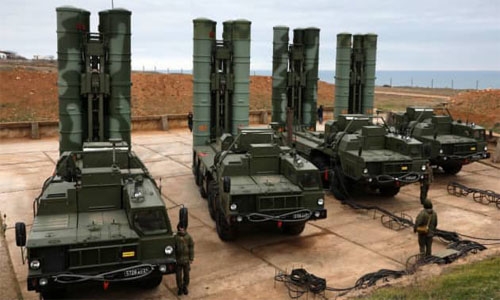 The United States threatened more sanctions against Turkey yesterday as a result of Ankara’s destabilising behaviour, including purchasing Russian missile defence systems. “We continue to object to Turkey’s purchase and deployment of the Russian S-400 air defence system and have made clear that any new major arms purchases from Russia risk triggering additional CAATSA sanctions,” Undersecretary of State for Political Affairs Victoria Nuland told a Senate hearing.

Speaking at the Senate Foreign Relations Committee Hearing on US Policy on Turkey, Nuland doubled down on the suspension of Ankara from the F-35 fighter jet programme. “Sale and co-production of the F-35 will remain suspended,” she said.

Senator Jim Risch also blasted Turkey over the Russian weapons. “F-35s will not be delivered to Turkey so long as S400s are on Turkish soil,” Risch said. Around 900 parts for the F-35s were being produced in Turkey. “It is down to a minimal amount and will eventually be phased out,” he said.

Senator Bob Menendez, the committee chairman, said he had information that Turkey was establishing a drone base in occupied Cyprus. Nuland said she would look into it. But the senior US diplomat also criticised Turkey for its land grab announcement in the Cypriot town of Varosha.

How does the S-400 missile system work?

3. Launch data are sent to the best-placed launch vehicle and it releases surface-to-air missiles.