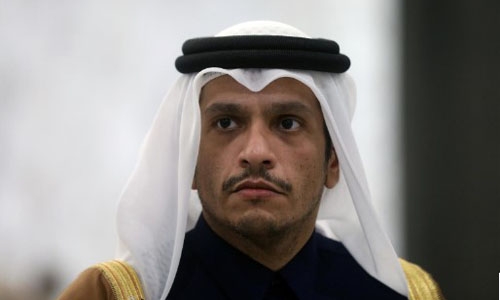 Delegations from Qatar and Egypt met in Kuwait on Tuesday for the first time since an agreement last month to end a rift, both countries’ foreign ministries said, in a further push to bury a Gulf Arab diplomatic feud with repercussions around the Middle East.

Saudi Arabia, the UAE, Bahrain and Egypt agreed in January at a summit in Saudi’s al-Ula to restore diplomatic, trade and travel ties with Doha, which had been severed in 2017 over accusations that Qatar supported terrorism, a charge it denies.

Qatar on Monday similarly met a delegation from the United Arab Emirates in Kuwait for their first bilateral talks.

“The two sides welcomed measures each has taken since signing the al-Ula statement, as a step on the path of building confidence between the two fraternal countries,” the statement said.

Since the agreement, air and travel links have resumed between Qatar and the four states. Each state is to arrange bilateral talks with Qatar to resolve individual issues.

Washington has strong ties with all the states involved, including Qatar which hosts the largest U.S. military base in the region, and has seen the rift as a threat to efforts to contain Iran. It has pushed for a united Gulf front.

The row also rattled Arab power politics in the region, where Gulf states have used their financial and political clout to influence events in Libya, Egypt, Syria, Iraq and Yemen.