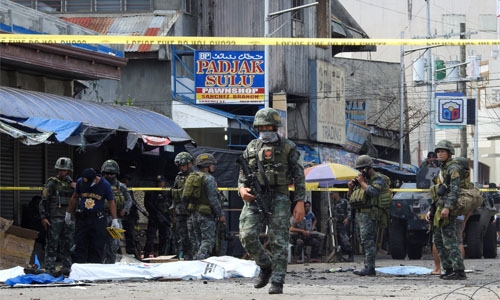 Nine women suspected of plotting to blow up military targets in the restive southern Philippines have been arrested, the army said on Tuesday.

Security forces detained the women and seized bomb-making equipment during raids on Friday of several homes on Jolo island, a stronghold of the Abu Sayyaf group.

Most of the women were the daughters or widows of slain Abu Sayyaf fighters and included several “potential suicide bombers”, Major General William Gonzales said in a statement.

“This is how desperate the remaining terrorists are, willing to sacrifice their families just to get back at government forces,” Gonzales said.

The women had been monitored giving “financial or logistical support to their relatives” in Abu Sayyaf, First Lieutenant Jerrica Manongdo told AFP.

They allegedly planned to attack soldiers with improvised explosive devices.

Oman companies to pay for quarantine of staff