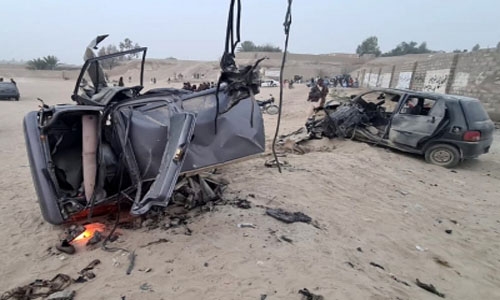 Four Pakistani soldiers were killed and five others injured in an IED blast in Balochistan province, intelligence sources said on Thursday.

The incident took place in Sibi district on Wednesday afternoon.

After the explosion, Frontier Corps personnel cleared a road for setting up a new checkpoint to nab terrorists and monitor vehicles in the blast site, the sources told Xinhua news agency.

The injured soldiers were airlifted to the provincial capital of Quetta.

The outlawed Balochistan Liberation Army has claimed responsibility for the attack, the sources added.

A wave of terrorism has recently resurged in Balochistan featuring an increase in attacks on security forces and civilians in the last two months.

In the wake of the rising terror incidents, the provincial government has launched a province-wide anti-militancy operation.