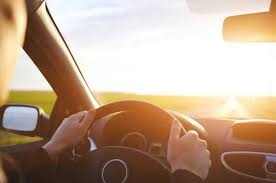 The case dates back to and prior to November 17, 2016. It was registered at Al Qusais police station.

A 31-year-old man, who managed to unlawfully obtain a UAE driver's licence issued from the Roads and Transports Authority (RTA) after he used a fake Saudi licence, has landed in court.

Public prosecution records show that the Emirati man applied at the RTA to replace a fake Saudi driver's licence (which he falsely claimed was issued from the Ministry of Interior in Saudi Arabia) with a UAE one.

The case dates back to and prior to November 17, 2016. It was registered at Al Qusais police station.

The defendant is charged with forgery and use of forged documents at the Court of First Instance. This is the second time his case is being heard by the court.

He had been convicted earlier and sentenced to three months in jail. The court ordered that his licence be confiscated. The verdict was later upheld by the Dubai Court of Appeals.

During the public prosecution investigation, a 31-year-old Emirati employee at the RTA said that the defendant applied for a driver's licence on November 17, 2016. "He wanted to replace a Saudi licence he had with a local one. His application was approved and he was issued the UAE licence.

"However, after contacting the competent department at the Ministry of Interior in Saudi Arabia to inform them that the defendant's Saudi licence was replaced with a Dubai licence, we received a letter from that authority, notifying us that there was no such licence issued from them."

According to that letter, the document, submitted by the accused and which was replaced by a Dubai-issued licence was forged," the witness told the prosecution investigator.

The competent authorities were then notified and a criminal complaint filed.

The letter was used by the public prosecution during the probe and as evidence.

The defendant will be sentenced on January 29.