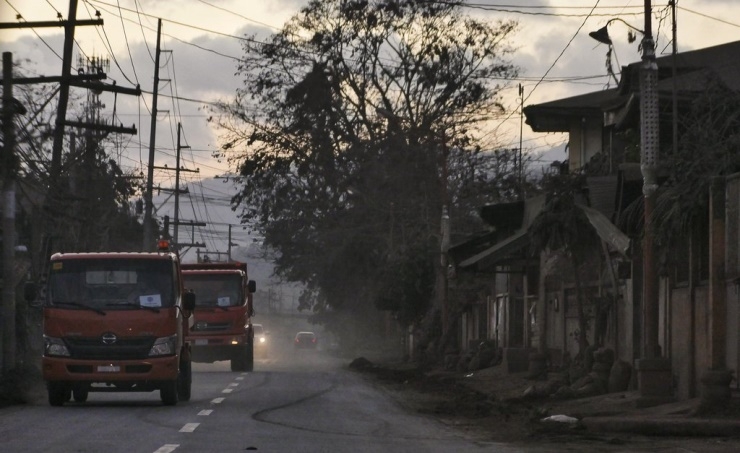 At least 53,000 people had fled at-risk areas near an erupting volcano in the Philippines on Wednesday, as authorities stressed that the danger may not be over.

The Taal Volcano in Batangas province, which is 66 kilometres south of Manila and located in the middle of a lake of the same name, started sporadically expelling ash on Sunday, Deutsche press agency (dpa) reported.

Residents were evacuated from towns in Batangas and Cavite provinces, but some men stayed behind to watch over their properties and livestock.

Emergency teams, including police and soldiers, were seen scouring the affected towns make sure that everyone has left, amid reports that some people have shunned official advice and returned home after staying in cramped evacuation centres.

The Philippine Institute of Volcanology and Seismology (Phivolcs) said it had monitored "continuous but generally weaker eruption of the main crater due to magmatic and hydrovolcanic processes" in the Taal Volcano over the past 23 hours.

But the institute noted that huge road cracks and ground deformation in towns surrounding the volcano, hundreds of volcanic earthquakes and high sulphur dioxide emissions signified continuous magmatic movement that may lead to more eruptive events.

Phivolcs reiterated its recommendation for the total evacuation of the island and high-risk areas.
"Alert level 4 still remains in effect over Taal Volcano," Phivolcs said in its latest bulletin.
"This means that hazardous explosive eruption is possible within hours to days."