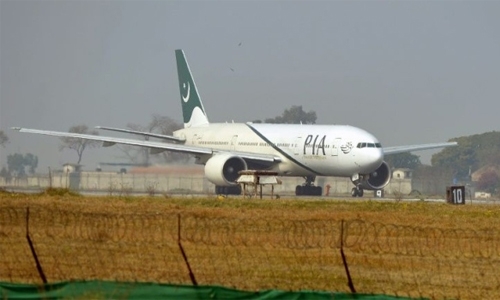 Pakistan yesterday fully reopened its airspace for all civilian traffic, ending months of restrictions affecting major international routes including from India after clashes between the nuclear-armed rivals brought them to the brink of war. “With immediate effect Pakistan airspace is open for all type of civil traffic,” the staterun Civil Aviation Authority (CAA) said.

A CAA spokesman confirmed that the eastern airspace along the border with India had been reopened. Pakistan closed its airspace completely after aerial dogfights in February ratcheted up tensions between Islamabad and New Delhi. It removed some restrictions a month later but kept constraints in place along its eastern border with India.

The closure disrupted Indian flights headed west, forced Pakistan International Airlines to suspend some of its flights, and effectively closed off major international routes in and out of Islamabad and Lahore, such as the Thai Airways route from Islamabad to Bangkok. The crisis between the countries was first sparked by a suicide bombing in Kashmir in February that killed 40 security personnel and was later claimed by the Pakistan-based Jaish-e-Mohammad.

Days later India responded with a cross-border air raid on Pakistan that kicked off a quick succession of attacks and dogfights between the arch-rivals, spurring fears of all-out war. Pakistani and Indian soldiers have continued to fire over the Line of Control, the de facto border, killing several civilians on both sides.