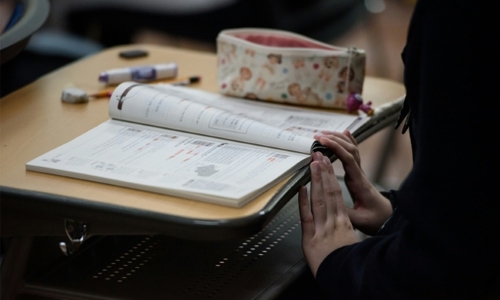 A Seoul university professor forced students to write her daughter’s thesis to gain entry to an elite dental school, a government report revealed yesterday, the latest scandal to hit South Korea’s hyper-competitive education system. The professor, who teaches at Seoul’s Sungkyunkwan University, made her graduate students conduct a three-month experiment -- and even asked them to fabricate the results -- before the daughter published the findings in an academic journal under her own name.

The daughter then included the thesis in an application to Seoul National University’s dental school -- the top institution of its kind in the country -- and earned admission last year. “The Education Ministry plans to ask her university to expel the professor,” an official said. The investigation discovered the professor had one of her students do 54 hours of volunteer work -- converting a book into braille -- in her daughter’s name, for which she was paid 500,000 won (around US$440).