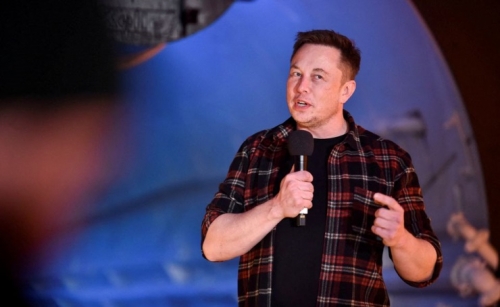 Elon Musk said a wireless device developed by his brain chip company Neuralink is expected to begin human clinical trials in six months, and one of its first targeted applications is restoring vision.

The first two human applications targeted by the Neuralink device will be in restoring vision and enabling movement of muscles in people who cannot do so, Musk said. "Even if someone has never had vision, ever, like they were born blind, we believe we can still restore vision," he said, Reuters reported.

Neuralink’s last public presentation, more than a year ago, involved a monkey with a brain chip that played a computer game by thinking alone.

Musk said He wants to develop a chip that would allow the brain to control complex electronic devices and eventually allow people with paralysis to regain motor function and treat brain diseases such as Parkinson’s, dementia and Alzheimer’s. He also talks of melding the brain with artificial intelligence

Neuralink, however, is running behind schedule. Musk said in a 2019 presentation he was aiming to receive regulatory approval by the end of 2020. He then said at a conference in late 2021 that he hoped to start human trials this year.

India to receive over record $100 billion in remittances in 2022: World Bank