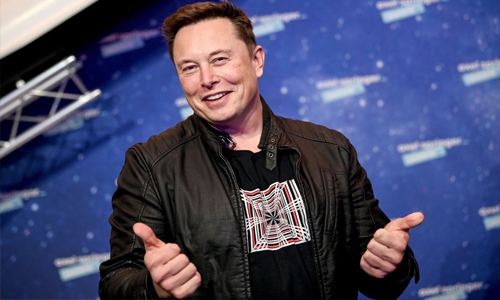 Arguably the world's most popular entrepreneur, Elon Musk, has now also become the world's richest one. With a total net worth of $188 billion and rising, Musk has now overtaken Amazon's CEO, Jeff Bezos, to become the wealthiest person in the world, according to the valuation by Bloomberg's Billionaire Index -- a list of the top 500 richest people in the world.

Interestingly, this is the first time since October 2017 that Bezos has been dethroned from his position at the top of this list. He now currently sits second at a net value of $187 billion. The founder of Amazon has seen his wealth fluctuate a little over the last few months owing to difficult market conditions.

Musk's move to the top of the list is also quite interesting as it follows close on the heels of him passing Bill Gates in November to become the second-richest person in the world. While most of the world has had a bad 2020, Musk personally saw his valuation soar in 2020 to the tune of more than $150 billion.

Musk who is the founder of many innovative companies such as Tesla and SpaceX reacted rather strangely to going top of the Bloomberg Billionaire Index. Reacting to a tagged tweet from an account called "Tesla Owners of Silicon Valley" with the text "@elonmusk is now the richest person in the world at $190 billion", he simply said, "How Strange". But he didn't stop there, as he responded with another Tweet, "Well, back to work."

How Elon Musk became the richest person in the world

The primary reason behind Elon Musk's staggering growth in wealth is the rise in Tesla's shares which recently rallied 4.8 per cent to boost Musk's valuation beyond that of Bezos Bezos', net worth. As mentioned above, this surge has been one of the many that Tesla has seen this year, boosting Musk's overall net worth during the past 12 months by over $150 billion.

Tesla is really turning into a cash cow for Musk who has gained from the electric car maker's rise immensely. Musk currently holds 20 per cent stake in Tesla and over that also owns about $40 billion of unrealized paper gains on vested stock options.

It is also prudent to note that while Musk has become the richest person in the world, his wealth, much likes Bezos' is parked in stocks, which as we know are very volatile. Because of the nature of the instrument, this wealth is not easily transferable into real cash as Musk risks devaluing the company's stocks and by extension his wealth, if he attempts to sell a chunk of his owned shares on the market.

Students, teachers enjoy a day out with robots