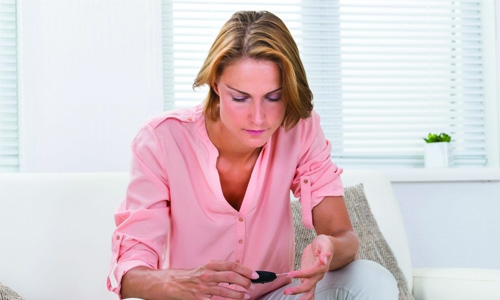 5 sub-types of diabetes not two

Scientists unveiled a revised classification for diabetes, one they say could lead to better treatments and help doctors more accurately predict life-threatening complications from the disease.

There are five distinct types of diabetes that can occur in adulthood, rather than the two currently recognised, they report in The Lancet Diabetes & Endocrinology.

The findings are consistent with the growing trend toward “precision medicine,” which takes into account differences between individuals in managing disease.

In the same way that a patient requiring a transfusion must receive the right blood type, diabetes sub-types need different treatments, the study suggests.

Similarly, scientists have also identified distinct kinds of microbiome – the bacterial ecosystem in our digestive tract – that can react differently to the same medication, rendering it more or less effective.

“This is the first step towards personalised treatment of diabetes,” says senior author Leif Groop, an endocrinologist at Lund University in Sweden, adding that the new classification is a “paradigm shift” in how the disease is viewed.

Some 420 million people around the world today suffer from diabetes, with the number expected to rise to 629 million by 2045, according to the International Diabetes Federation.

Currently, the disease is divided into two sub-types.

With type 1 – generally diagnosed in childhood and accounting for about 10 per cent of cases – the body doesn’t make insulin, a hormone that helps regulate blood sugar levels.

For type 2, the body makes some insulin but not enough, which means glucose stays in the blood.

This form of the disease correlates highly with obesity and can, over time, lead to blindness, kidney damage, and heart disease or stroke. Acute cases may also require limb amputations.

It has long been known that type-2 diabetes is highly variable, but classification has remained unchanged for decades.

For the study, researchers monitored 13,270 newly diagnosed diabetes patients ranging in age from 18 to 97.

By isolating measurements of insulin resistance, insulin secretion, blood-sugar levels, age, and the onset of illness, they distinguished five distinct clusters of the disease – three serious and two milder forms.

Among the severe types, a group of patients with insulin resistance – in which cells are unable to use insulin effectively – was at far higher risk of kidney disease.

“This group has the most to gain from the new diagnostics as they are the ones who are currently most incorrectly treated,” says Groop.

The third “severe” group were people with auto-immune diabetes corresponding to the original “type-1” diagnosis.

The two other groups have milder types of the disease including one, which includes about 40 per cent of the patients, with a form of diabetes related to advanced age.

“This will enable earlier treatment to prevent complications in patients who are most at risk of being affected,” says lead author Emma Ahlqvist, an associate professor at Lund University.

The results were checked against three other studies from Sweden and Finland.

The researchers plan to launch similar studies in China and India.