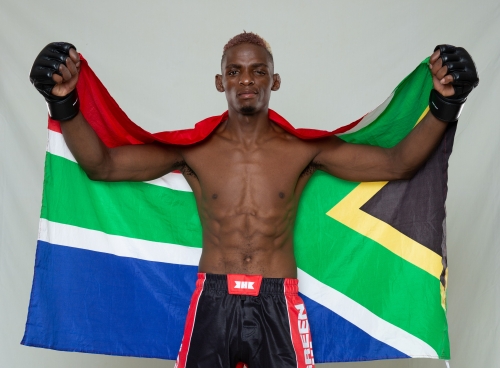 Speaking from Bali, where he will face Indonesia’s Fajar “Macho Kamacho” at BRAVE CF 66, on Saturday, Ndebele touched on what and who makes sense for him after this weekend.

Jose has been in the game for a very long time, he has done well, and he is a good opponent, so if they can give me someone like him, or anyone for that matter. I have never turned down a fight from BRAVE Combat Federation.

I am ready for anything, but the goal is the title shot. So I will take on anyone willing and ready for that,” The South African star is hungry to get his title campaign back on track after a last-minute cancellation at BRAVE CF 64. Just moments before his last fight, Ndebele’s opponent, Latvia’s Matiss Zaharovs withdrew due to a medical condition, slowing down Ndebele’s title trip.

Torres returned to the BRAVE CF cage last month when he impressively defeated the electric Izzeddine Al Derbani in a Bantamweight bout at BRAVE CF 65. The former Titan FC two-division (Flyweight and Bantamweight) champion remains unbeaten in BRAVE CF with three wins and one draw.

With a new lease on life, a mentally and physically healthier “Shorty” now looks to rebuild his brand in the Bantamweight division as both he and Ndebele will chase BRAVE CF champion, Canada’s Brad Katona. Meanwhile, Ndebele is riding a four-fight win streak and remains unbeaten at Bantamweight. His last victory came over Colombian MMA star, Eduardo Mora at BRAVE CF 60.