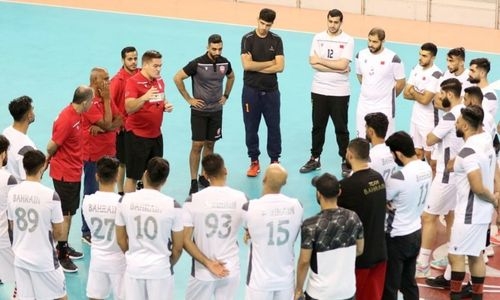 The nationals are training under Icelandic head coach Aron Kristjansson at the Bahrain Handball Association arena in Um Al Hassam.

The worlds will be held from 11 to 29 January, to be co-hosted by Poland and Sweden, with the Bahrainis amongst 32 national teams from across the globe taking part.

Bahrain have lined up a number of international friendly matches in the lead-up to the tournament.

They will be playing Saudi Arabia on 17 December and then face off with Belarus in backto-back contests on 19 and 20 December at home.

In addition, the Bahrainis will also compete in a warm-up tournament in Spain in early January, with other participating nations being Argentina, Romania and hosts Spain.

The Argentinians and Spaniards are also playing in the worlds.

Bahrain are in Group H alongside Denmark, Belgium and Tunisia.

The 32 nations from five confederations have been divided into eight groups for the tournament’s preliminary stage. T

Measles is now an imminent global threat due to the pandemic: WHO, CDC