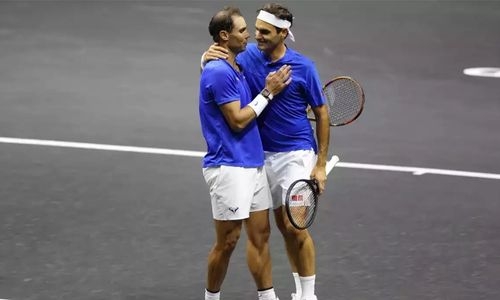 Rafa Nadal has pulled out of the remainder of the Laver Cup due to personal reasons after partnering friend and rival Roger Federer in a doubles match that brought down the curtain on the Swiss great’s glittering tennis carer. “Rafael Nadal withdrew for personal reasons.

He will be replaced by Cameron Norrie,” the organisers of the tournament said on Saturday. Nadal is also expecting his first child with wife Mery Perello soon but made the trip to London to play alongside Federer in the Swiss maestro’s final professional outing.