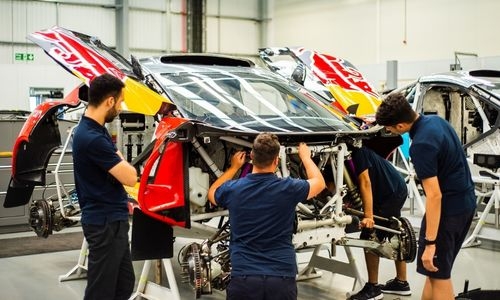 Six Bahraini engineering students have enjoyed once in a lifetime opportunities helping to keep Bahrain Raid Xtreme on course for victory in the new World Rally-Raid Championship (WRRC). The group, selected from the University of Bahrain, the American University of Bahrain and Bahrain Polytechnic University, have just completed month-long internships with world-leading motorsport and advanced technology business, Prodrive, in England.

The training initiative comes as part of Tamkeen’s Global Ready Talent program which aims to provide Bahrainis with quality training opportunities to enhance their skills and accelerate their career development, by establishing partnerships with various multinational companies.

During their time at the heart of the UK’s multi-billion pound ‘motorsport valley’, they were involved in design, construction and everyday operations with the BRX Hunter car that currently leads the inaugural WRRC. At the state-of-the-art Prodrive headquarters in Banbury, Oxfordshire, they helped build new Hunter chassis that will be used in the two remaining WRRC rounds in Morocco and Spain in October.

They also helped design parts for the BRX Hunters that will compete in the 2023 Dakar Rally taking place in Saudi Arabia at the start of January. Fares Alqutami, a third year student at the American University of Bahrain, said: “I modified a cover that’s part of the engine to be used on the Hunter in the Dakar. That means I personally have a connection with the Bahrain Raid Xtreme rally car, and I feel immensely proud as a Bahraini.” The internships have highlighted the ease and advantages of the new electronic visa waiver status that enables Bahraini and Saudi travellers to visit the UK for six months. BRX is a partnership between Bahrain Mumtalakat Holding Company, the sovereign wealth fund of Bahrain, and Prodrive.

In collaboration with The Labour Fund (Tamkeen), more internships are planned to give Bahraini students practical experience, and the chance build careers in top level international motor sport. The Hunter was designed by Prodrive to win the Dakar Rally for BRX. A limited edition, all-terrain hypercar version is now being built to the individual specifications of buyers. “We were delighted to offer these Bahraini engineering students the opportunity to have an insight into all the technology behind the Bahrain Raid Xtreme team,” said David Richards, Chairman of Prodrive. “They were able to learn how we design, manufacture and run the BRX Hunter on the world’s toughest motorsport event, the Dakar.

We have also confirmed that, when they finish their studies at university, we will consider those who are interested for a full time role within the team.” Fareed Abusaqer, a mechanical engineer from Bahrain Polytechnic University, said: “Being in the heart of the Bahrain Raid Xtreme rally team is amazing. “I have designed a hand brake for the Hunter hypercar and received feedback from the engineers on where it was good, but also where it needed to be reinforced. 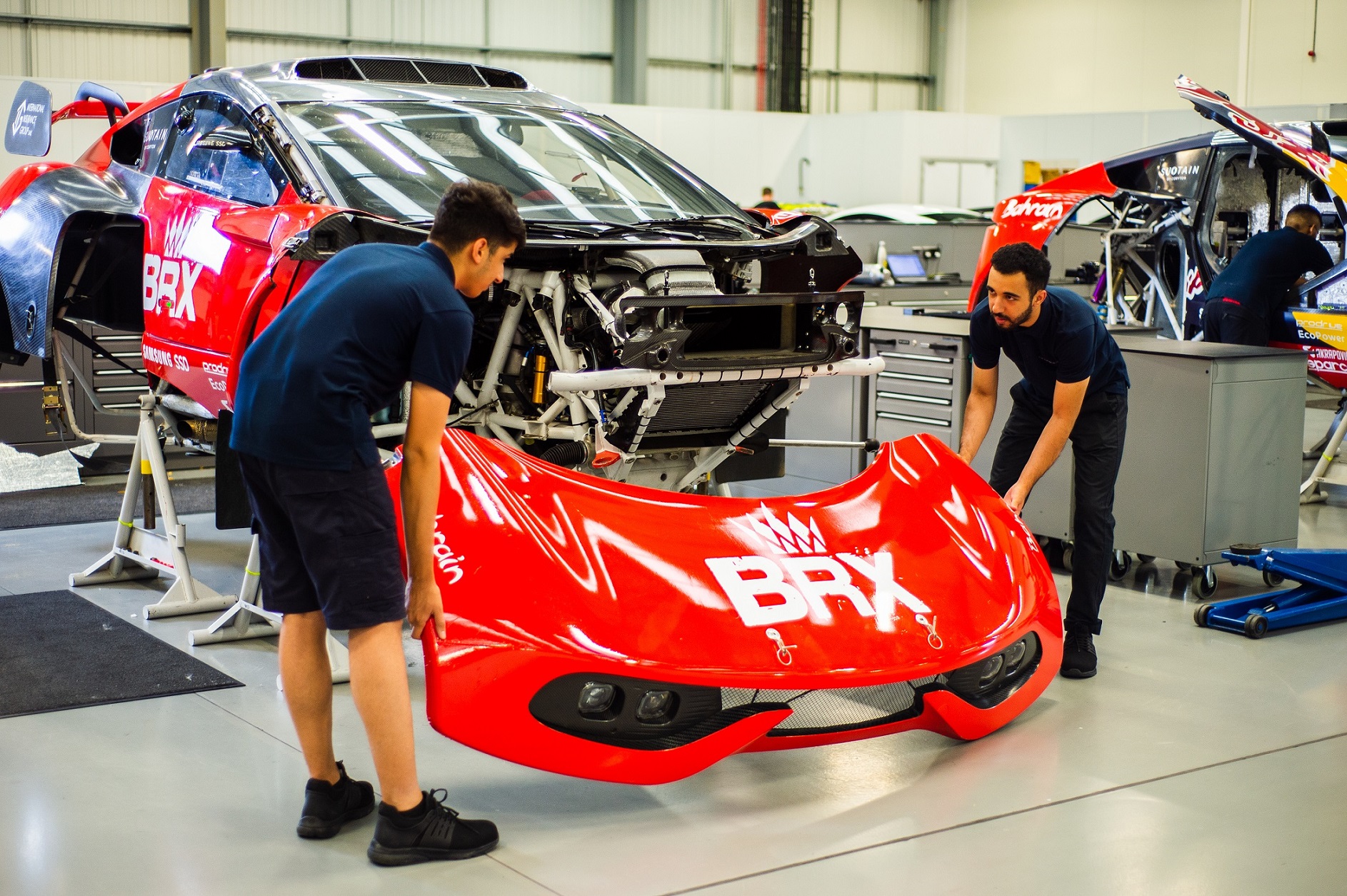 I really want to do this as a career, and want to follow this high level prototype engineering through.” The other Bahraini students who benefited enormously from the internships were Hasan Alasfoor and Mohamed Nader from the University of Bahrain, Salman Ahmed from the American University of Bahrain, and Jasim Althawadi, who studies at Bahrain Polytechnic University. Knowledge transfer is a valued resource offered by the skilled workforce at Prodrive, who have won six FIA World Rally titles, six Le Mans 24 Hours titles, nine FIA World Sports Car titles and five British Touring Car titles. The Bahraini students gained a wealth of experience in the UK.

This included engine testing using the Prodrive dyno, which measures force, torque and power, and instruction in how hybrid power will be integrated with the sustainable fuel already used by the BRX Hunter in the WRRC.

They were involved in critical BRX planning meetings for the last two rounds of the WRRC, where the Hunter of nine-times World Rally Champion Sebastien Loeb leads at the half way point. They visited the Prodrive Composites facility in Milton Keynes, the famous Catesby Tunnel underground test facility for aerodynamics and vehicle performance, and the Milbrook automotive testing ground. In a busy social programme they travelled to London, Manchester, Birmingham, and Edinburgh, took part in clay pigeon shooting, and visited Shelsley Walsh, the world’s oldest motorsport race track.