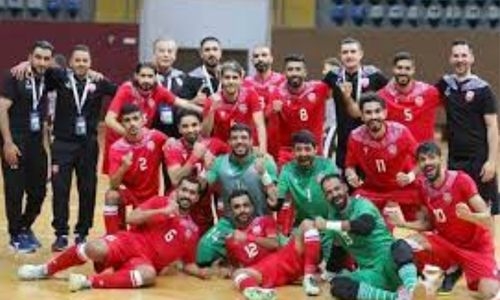 Bahrain’s senior men’s national futsal team have lined up three international friendly matches next month ahead of their participation in this year’s AFC Futsal Asian Cup 2022. The Bahrainis will first take on their counterparts from Egypt in two games in the Kingdom on September 1 and 3. They will then lock horns with Asian giants Japan on September 23. That exhibition contest will take place in Kuwait, where the continental tournament will get underway a couple of days later on September 25. The three friendlies were confirmed yesterday by the Bahrain Football Association as part of the national team’s final preparations for the Asian Cup.

In the 16-nation tournament, Bahrain are in Group B for the preliminary round alongside Uzbekistan, Tajikistan and Turkmenistan. There are four groups in all for the competition’s opening stage. Group A features hosts Kuwait, Iraq, Thailand and Oman; Group C comprises Iran, Lebanon, Chinese Taipei and Indonesia; and Group D includes Japan, Vietnam, South Korea and Saudi Arabia. Each of the top two teams from all four groups move through to the quarter-finals following a single round-robin. The Bahrainis booked their tickets to this year’s Asian Cup after finishing second in their group in the West Zone qualifying tournament held last April in the UAE.

The nationals are coached by Brazilian Lino Gomes, who helped guide the men’s team to the futsal bronze medal at the third GCC Games held in May. This year’s Asian Cup is the 17th edition of the tournament, which was previously known as the AFC Futsal Championship. It will be the third time Bahrain are participating. The nationals previously competed in 2002, when they could not make it past the first round, and then in 2018, when they advanced to the quarter-finals.