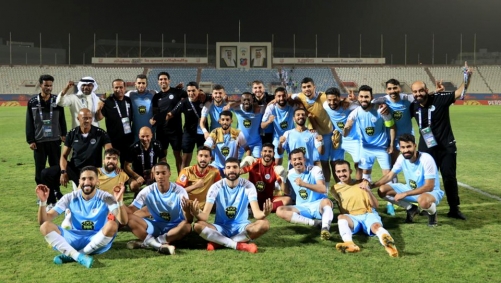 The neighbouring Bahraini teams will be going head-to-head in the West Zone semi-finals on September 6. The other final four clash is between Al Arabi of Kuwait and Al Seeb of Oman in a game that will be played a day earlier in Kuwait City.

Riffa and East Riffa both advanced past the group stage of the AFC Cup 2022 last May. Riffa secured their place in the knockouts after defeating Shabab Al Khalil of Palestine 3-1 in their final Group B match played in Kuwait.

East Riffa, on the other hand, drew 2-2 with Hilal Alquds, also from Palestine, but earned enough points in Group C to march through. Riffa finished as runners-up in Group B but were the best-ranked second-placed team in all three of the AFC Cup’s West Asian groups. East Riffa finished first in Group C to earn their automatic berth.

US, Saudi Arabia sign 18 agreements in energy, other areas