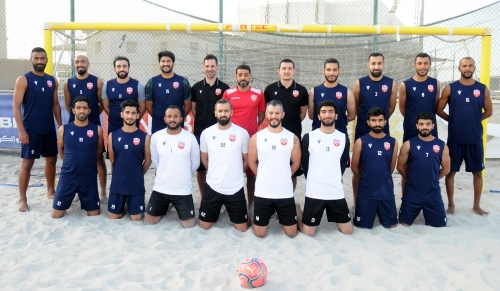 The tournament is scheduled to kick off on Monday and continue until Saturday next week. The nationals have been drawn in Group B for the event alongside Saudi Arabia and Palestine. Group A consists of Kuwait, the UAE, Lebanon and Oman.

Bahrain kick off their tournament campaign on Tuesday against the Palestinians, and then take on their Saudi counterparts the following evening. The Bahrainis conducted an external training camp in Oman over the past few weeks in preparation for the competition.

The team’s delegation in Jizan is headed by team manager Bader Shamsan and includes head coach Sadiq Marhoon. A list of 13 players has been named for the tournament.