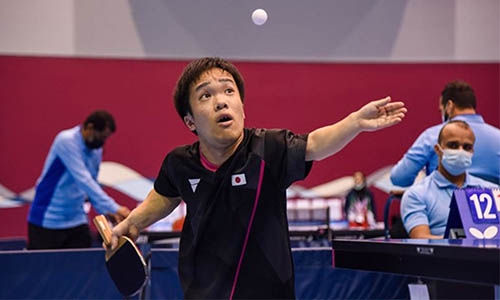 On the third day of the Bahrain 2021 Asian Youth Para Games, Japan’s swimmers and paddlers were in fine form winning six gold medals in the pool and another five at the table tennis.

The pool also saw Singapore win two gold medals, their first of the Games, and this was followed up with another gold in Boccia (BC3 Men) putting them in the tenth position on the medal table.

Thailand picked up gold medals aplenty too winning every other Boccia gold medal on offer apart from the one that Singapore won.

This concluded the singles Boccia competition.

At the Athletics, not to be outdone by Japan’s dominance in the pool, Iran had a very successful morning session, winning six gold medals, which they then bettered in the afternoon session winning an incredible nine gold medals.

Thailand also had a golden day, winning six gold medals, two of which were won by Tokyo gold medallist Athiwat Paeng-Nuea in Men’s 100m and 800m. 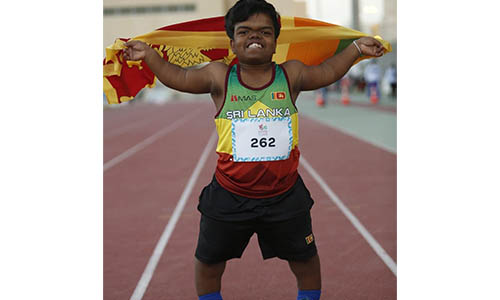 In Table Tennis, Malak Ali won the first gold medal for Kuwait at Bahrain in 2021 after topping the group with three consecutive victories in Singles Female Class 2-3, with Thailand’s Pimrpee Hohcham and Ghaliah Alanazi of Saudi Arabia in second and third places, respectively with one win each.

In Goalball, Iran’s men continued their unbeaten record when they beat Korea 13- 3, ending another game early due to the mercy rule.

This was an important victory as both teams had 9 points going into the game.

The result leaves Iran on top of the pool with a final pool match against Jordan who has yet to get a win.

Thailand’s 12-4 victory over Iraq means that they have drawn level with Korea on nine points which set up their final pool match tomorrow where they face on another, ahead of Monday’s semi-finals.

Thailand’s women won their game against Korea 4-2 which means that they are in a strong position to top their pool and advance straight into the final gold medal match.

In Badminton, pool matches continued ahead of the semi-finals on day four.