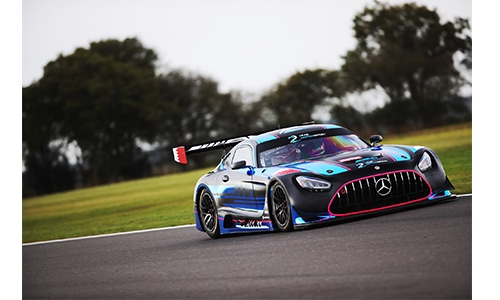 Bahraini-British racing team 2 Seas Motorsport announced yesterday their participation in the 2022 running of the Gulf 12 Hours, which is set to be held on January 8 at Yas Marina Circuit in Abu Dhabi.

The team, co-owned by His Highness Shaikh Isa bin Abdulla Al Khalifa, won the event this year when it was relocated to Bahrain International Circuit in Sakhir.

They will now be defending their crown with a two-car entry, with the drivers of their Mercedes AMG-GT3s still to be confirmed.

HH Shaikh Isa commented: “It has been very much a learning year for us in 2021, but we have enjoyed an extremely successful season, taking victories at each of the events we have entered.

It is great to now be confirming our entry back into the Gulf 12 Hours.

“It was a huge honour for me to be part of the team which took victory in my home country last time out, but it is great to see the event back at its regular venue and we are very much looking forward to taking on a new challenge at Yas Marina.

“It is a circuit I have fond memories of, having raced there in the past with the Porsche GT3 Cup Challenge Middle East, and we are looking forward to seeing the new track layout.”

2 Seas’ victory in Bahrain earlier this year was the catalyst for a successful season in 2021.

Since then, 2 Seas have rolled out for the Intelligent Money British GT Championship Silverstone 500 headline event, along with the final two dates on the International GT Open calendar in Monza and Barcelona.

The team’s impressive form saw them take a victory at each of those meetings against world-class opposition.

Next year’s Gulf 12 Hours will mark the first race for the team in the region since the race win a year earlier, and a debut outing in Abu Dhabi.