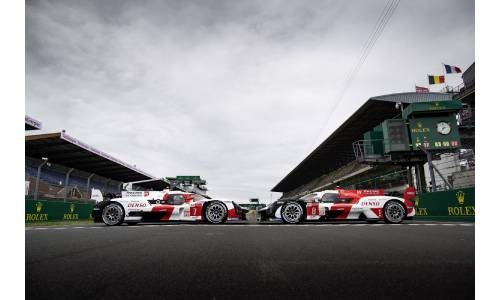 Hypercar history will be written when the 2021 FIA World Endurance Championship (WEC) titles are decided in a Bahrain double-header, and four-time Le Mans winner Toyota Gazoo Racing are ready for a duel in the desert.

A 100 per cent win-record this season means Toyota Gazoo Racing travels to Bahrain in pole position to retain the World Championship.

The team leads Alpine by 51 points, with a total of 65 on offer in the final races, meaning third place in the first Bahrain contest is enough to guarantee a third consecutive title.

There is a three-way fight for the drivers’ crown and the identity of the first Hypercar drivers’ World Champions will be decided only in the final race of 2021.

Following their emotional first Le Mans victory in August, the #7 GR010 HYBRID crew of Mike Conway, Kamui Kobayashi and José María López head the standings as they attempt to defend the title they won in Bahrain last year.

Sébastien Buemi, Kazuki Nakajima and Brendon Hartley, in the #8 GR010 HYBRID, are only nine points behind having also won two of the four races so far this season.

Another two victories would guarantee them the title while the third-placed Alpine drivers are also in the championship challenge, trailing by 30 points.

The new GR010 HYBRID Hypercar will make its Bahrain debut in exactly the same specification as at Le Mans, when the team earned a one-two victory thanks to a strong team effort to overcome fuel pressure problems caused by contamination in the fuel cell.

That issue has been addressed prior to Bahrain following extensive technical investigations.

Kobayashi commented: “To finish the season with two races at the same circuit is new for WEC and it means everyone can expect an intense two weeks.

“Of course, it’s the first time for us to drive with the GR010 HYBRID on this circuit so we need to focus on constantly improving the car balance so we are in good shape for both races.”

Added Buemi: “I am looking forward to a long stay in Bahrain; it’s going to be good.

We have been preparing in the simulator for this and we expect a tight fight with the sister car and the Alpine.

“We will need to adapt to the different conditions because the behaviour of the car changes quite a lot from day to night.

The team has worked hard since Le Mans to understand a few issues and continuously improve the car and I will give my very, very best to fight for the championship until the end.”