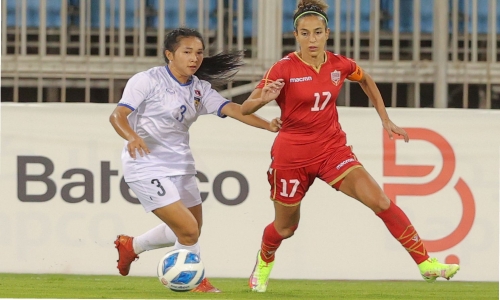 Bahrain and Laos played to a goalless draw last night in the AFC Women’s Asian Cup 2022 qualifiers. The match was played at the Khalifa Sports City Stadium in Isa Town, and it was the first for the Bahrainis in Group A of the qualifiers.

Each team had chances to score but could not come up with the finishing touches. The result means that Bahrain will need to beat Chinese Taipei in their following qualifying match on Sunday in order to book their tickets to the Women’s Asian Cup. Any other outcome would eliminate them from contention.

Laos’ hopes are already dashed, having lost their first game 0-4 to Chinese Taipei earlier in the week. They finish their qualifying campaign with one point.

The AFC Women’s Asian Cup finals will be held next year in India. There are a total of 24 teams vying for a place in the competition. They have been divided into eight groups for qualifying. All eight group winners at the end of a single round-robin will book their place.

The qualification groups are or have been held in five different locations, including Bahrain (Group A), Tajikistan (Groups B and C), Kyrgyzstan (Group D), Uzbekistan (Groups E, F and G) and Palestine (Group H).

Already qualified as group winners are Vietnam from Group B, Indonesia from Group C, South Korea from Group E, the Philippines from Group F, Iran from Group G and Thailand from Group H. Japan, Australia, China and hosts India have automatic berths and are not competing in the qualification competition.