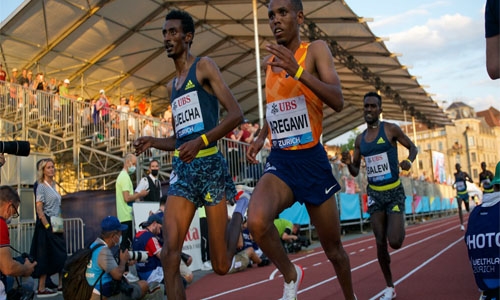 Bahrain’s elite athletes Birhanu Balew and Winfred Yavi had solid results in their respective races at the Weltklasse Zurich meeting in Switzerland.

The two-day meeting marked the final of the 2021 Diamond League series, organised and run by World Athletics, the sport’s global governing body. Balew completed his race in 13 minutes 01.27 seconds, not too far behind winner Berihu Aregawi of Ethiopia, who won in 12:58.65. Jacob Krop of Kenya was third in 13:01.81, while five others were also on the final classification. Meanwhile, Winfred headed into her run yesterday among the top contenders for the season’s Steeplechase Diamond League title.

Courtney Frerichs of the US finished third in 9:08.74, while just ahead of Winfred were Mekides Abebe of Ethiopia and Celliphine Chespol of Kenya.