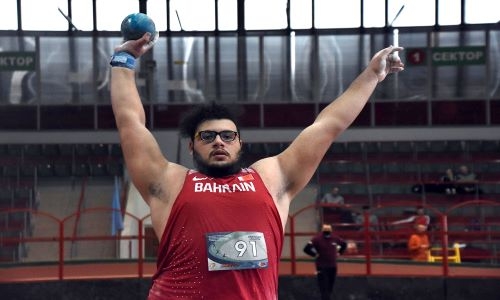 Defending champions Bahrain are participating in the 22nd Arab Athletics Championships in Tunisia with a 14-member team, the Bahrain Athletics Association (BAA) has announced.

The competition is scheduled to get underway today and it will continue until Sunday.

The Bahraini delegation at the event is headed by BAA board member and national teams director Mohammed Abdulaziz.

The national squad consists of four women and 10 men.

The women are led by Tejitu Daba Chalchissa, who will be competing in the half-marathon.

For the men, Bahrain will be represented by Al Siddique Mkho in the 5,000m and 1,500m; Mohammed Ayoob and Abdulrazzaq Ismail in the 800m; Abraham Rotich in the 1,500m; Zuhair Awad in the 5,000m; Dawit Fikadu and Abdulnasser Almy in the 10,000m; Josha Limoshin in the half-marathon; Marwan Madani in the discus throw; and Abdelrahman Mahmoud in the shot put.

Bahrain were the overall champions in the previous Arab championship held in Egypt in 2019.

They clinched a total of 24 medals then, including 15 gold, five silver and four bronze.