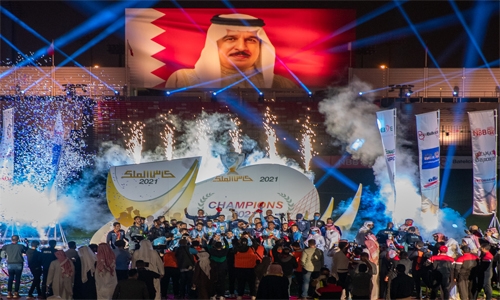 Riffa was last night crowned champions of this year’s His Majesty the King’s Cup.

Riffa clinched the coveted title after outclassing Al Ahli 2-0 in the tournament final, played at the National Stadium in Riffa.

Supreme Council for Youth and Sports first vice-chairman and Bahrain Olympic Committee president His Highness Shaikh Khalid bin Hamad Al Khalifa was in attendance, along with other high-ranking BFA and club officials.

Both teams later received their respective awards in a ceremony.

Bahrain national team stars Jassim Al Shaikh and Komail Alaswad were on target for the winners.

Both goals came in the second half, when Riffa proved their supremacy over their rivals.

With the result, Riffa claimed their seventh HM the King’s Cup title.

Their last triumph was in 2019, which was also the last time they played in the championship game.

Ahli were gunning for their ninth crown.

Their last victory in the competition was in 2003.

Last night’s match was tightly contested over the first 45 minutes, and neither team were able to break the deadlock despite having some chances on target.

After the interval, however, Riffa raised their level and threatened multiple times.

Al Shaikh finally rewarded their efforts with the game’s opening goal in the 56th minute, when he received a pass from teammate Mahdi Humaidan on the edge of the penalty box.

Al Shaikh then unleashed a shot that flew straight to the left of goal despite pressure from the Ahli defence.

Both Al Shaikh and Humaidan were facing their former team, having both starred for Ahli in past seasons.

Alaswad then added Riffa’s second in the 77th minute with a brilliant solo effort.

He did well to create some space from his Ahli markers a few yards outside of the area, enough to be able to fire in a left-footed strike into the bottom-right corner of the net, far from the reach of Ahli goalkeeper Abdulla Hasan Aldawadi.

Riffa could have added a few other goals throughout the second half, but attempts from their other stars including Humaidan, Mohammed Marhoon and Ali Madan were just narrowly off target.

Riffa’s triumph in HM the King’s Cup is their first major accolade of the 2020/2021 national football season.

They are currently also the front-runners for the title in the Nasser bin Hamad Bahrain Premier Football League.

HM the King’s Cup is the richest tournament in Bahrain football.

Last year’s winners were Muharraq, but they were unable to make it past the quarter-final stage this season, where they were eliminated by Ahli. 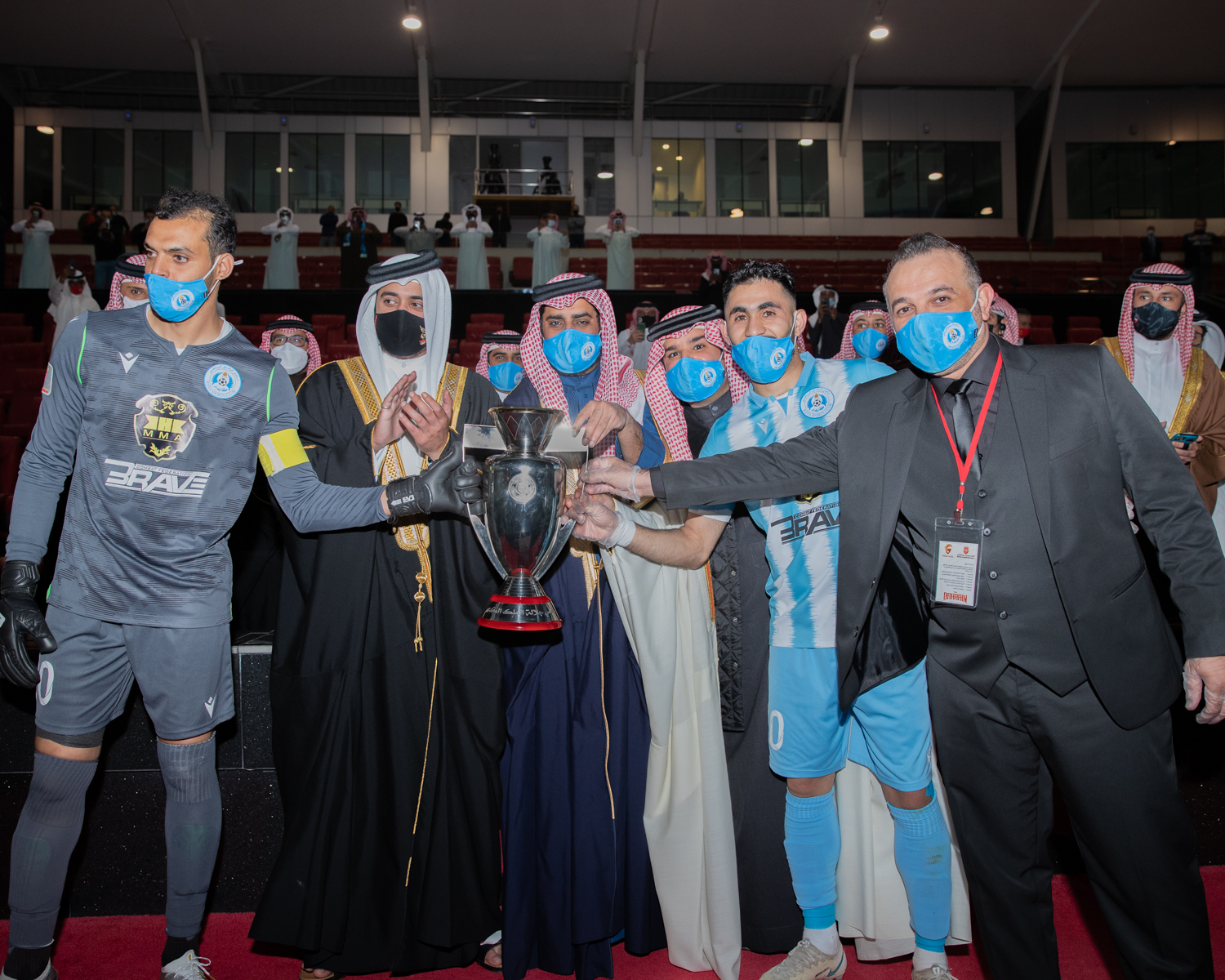