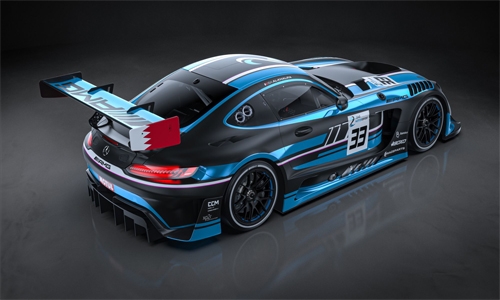 Bahraini racing team 2 Seas Motorsport, co-owned by His Highness Shaikh Isa bin Abdulla bin Hamad Al Khalifa, announced yesterday that it will be taking on the 2021 season with a new look, as the team confirms it will campaign a pair of the latest specification MercedesAMG GT3s.

The team intends to run the new cars across Europe. The final confirmation of the championships and drivers are due to be announced in the coming weeks as plans continue to develop.

After launching at the start of last year, 2 Seas Motorsport initially debuted in the virtual world, finishing second in the inaugural SRO E-Sports Championship and an impressive fourth overall at the 24 Hours of Le Mans Virtual, before contesting the real-world, rescheduled 2020 Intelligent Money British GT Championship, finishing third in the GT3 Teams standings.

Since then, the 2021 season has started in winning ways with HH Shaikh Isa part of the driver line-up which claimed victory at the Gulf 12 Hours Bahrain last month.

With the constantly evolving travel situation, the team continues to review the domestic and European competition options, while finalising preparations for the dedicated testing programme.

HH Shaikh Isa commented: “I am extremely pleased to confirm the new relationship for 2 Seas Motorsport with Mercedes-AMG as the first exciting stage of our 2021 plans.

Mercedes-AMG is at the top of its game in motorsport, and the AMG GT3 has been hugely successful across all competitions since its introduction. “At 2 Seas Motorsport, we are always looking to take on the next challenge and to learn from our experiences, and as a team, we have grown and developed hugely over the past 12 months, and I am confident we will continue to build and get stronger throughout this coming season.”