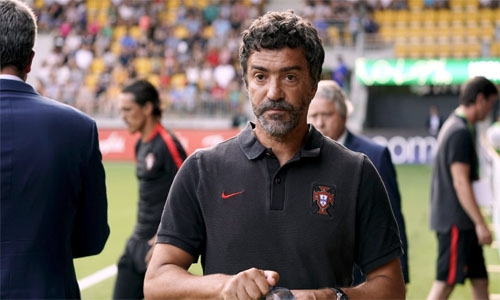 Bahrain national football team head coach Helio Sousa has highlighted the importance of the senior men’s national team’s upcoming overseas training camp in Dubai. The nationals are scheduled to leave for the Emirates tomorrow to begin their camp, which is being held as part of their preparations for their remaining qualifying matches for the 2022 FIFA World Cup and the 2023 AFC Asian Cup.

“This camp is very, very important for us,” Sousa told TDT in an exclusive interview. “The last training camp we had was in February when we worked with a large group of players. The last time we had a competition was almost one year ago in November and December. “It has been a long time without working, but it is what it is. We have this big issue with the coronavirus (COVID-19), and we had some delays with our championship, but we think it is very important that we ended the season.”

Earlier this week, the Bahraini internationals kicked off their training locally, with the national team’s coaching staff working on the players’ physical fitness off the pitch, coupled with on-the-pitch sessions supervised by Sousa. “We have prepared to try and deliver this training camp with the many conditions we have to deal with; but we are here and we are very happy,” Sousa said. “What we did before will not be enough for the next challenge we have in the future. We need to be stronger and we’ll start working on that.”

The nationals will be in the UAE until November 17. During this time, they will play three international friendly matches, including games against Tajikistan on November 7, Lebanon on November 12, and the UAE on November 16.

Sousa has named a 26-player squad for the camp, which is being held as part of their preparations for their remaining qualifying matches for the 2022 FIFA World Cup and the 2023 AFC Asian Cup. The list of players includes one overseas-based talent in striker Abdulla Yusuf from Slovan Liberec in the Czech Republic.

The joint-qualifiers have been delayed due to COVID-19, and matches are only expected to resume next year. Bahrain are in Group C of qualifying, where they currently sit in second place behind leaders Iraq, while being ahead of Iran, Hong Kong and Cambodia following five games already played.

The Bahrainis still have three more fixtures remaining—first at home against Cambodia, then away at Iran, before closing out this stage of qualification against Hong Kong at home. In this stage of the qualifiers, there are eight groups in all, with five nations in each group. At the end, the eight group winners and the four best runners-up advance to the third round of World Cup qualifying, and also secure their berths in the Asian Cup.