Bahrain bow to Japan | THE DAILY TRIBUNE | KINGDOM OF BAHRAIN 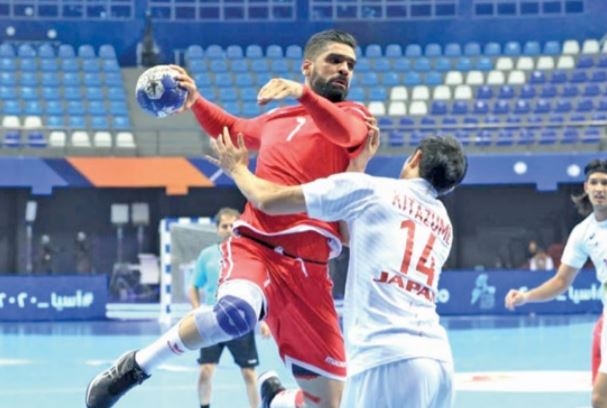 Bahrain suffered a disheartening 23-25 loss to Japan yesterday in the 2020 Asian Men’s Handball Championship being held in Kuwait.

The defeat was their first setback in the competition and their first loss from two games in Group One of the ongoing Main Round.

The result puts their semi-final hopes in jeopardy, as they now must win their final fixture of this stage to have any chance of advancing.

The Japanese inched one step closer to securing their berth in the semi-finals.

The takers of the two available spots will be confirmed tomorrow when Bahrain take on Saudi Arabia and Japan face the UAE.

The Emiratis claimed a 23-20 win over Saudi yesterday in the other divisional fixture to keep their semis hopes alive.

Japan’s clash with the UAE is scheduled for 2pm at Shaikh Saad Al Abdullah Sports Hall Complex in Kuwait City, to be followed at the same venue by Bahrain facing Saudi at 4pm, Bahrain time.

Wins for Bahrain and Japan would send them both through, but other results would complicate matters and create ties on points in the group standings.

In Bahrain’s loss yesterday, the nationals held a slim 11-10 lead at the half but their rivals stepped it up in the final 30-minute period.

The Japanese made the most of their opportunities and managed to stave off the Bahrain attack, enough to claim the narrow two-goal victory.

For Japan, Yuto Agarie was their leading scorer with eight goals. Tatsuki Yoshino chipped in with six, while Shinnosuke Tokuda had three.