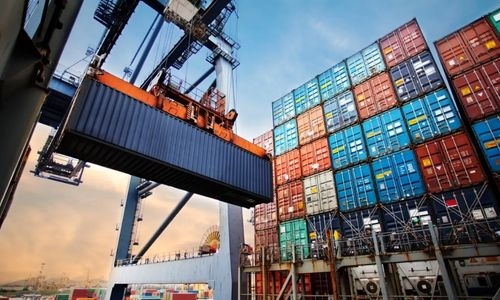 Bahrain yesterday said that its deficit from trade balance dropped 41%, as imports increased by 11% and exports of national products by 9% from October 2021.

According to the foreign trade report of October 2022, the trade balance reached BD17 m during October 2022 versus BD29 m for the same month of the previous year.

The report by the Information &eGovernment Authority (iGA) focuses on the balance of trade, imports, exports (national origin), and re-exports.

The top product imported into Bahrain during October 2022 was non-agglomerated iron ores and concentrates, with a total value of BD65 m. 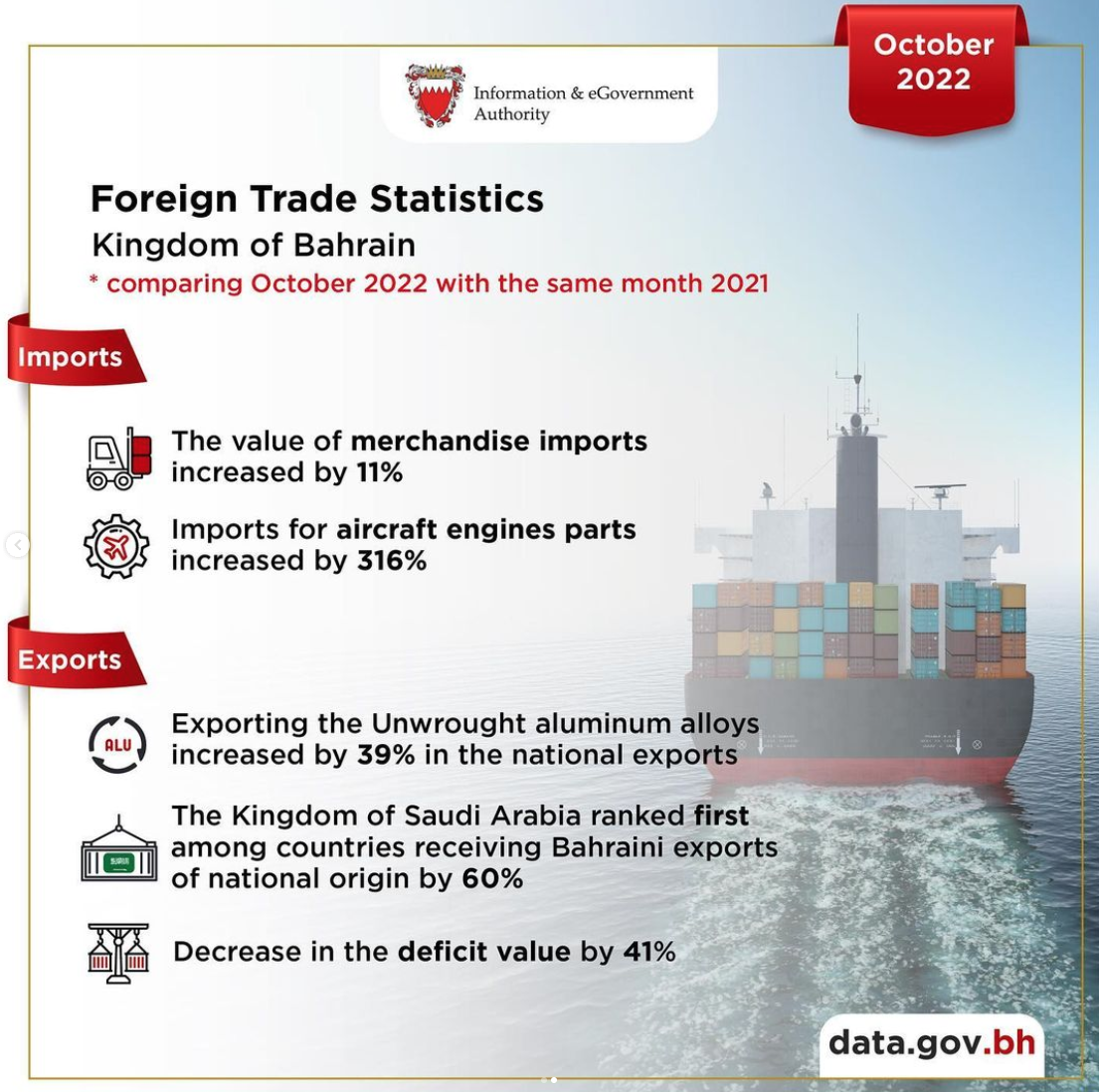 National products Exports of national origin produce rose 9% to BD400 m from BD366 m in October 2021, as the top 10 countries purchased from Bahrain accounted for 77% of the exports.

Agglomerated iron ores and concentrates alloyed came second with a value of BD61 m, and unwrought aluminium not alloyed third with BD 37 m.

Re-exports increased by 44% to reach BD83 m from BD57 m for the same month of the previous year.

The top 10 countries accounted for 91% of the re-exported value.