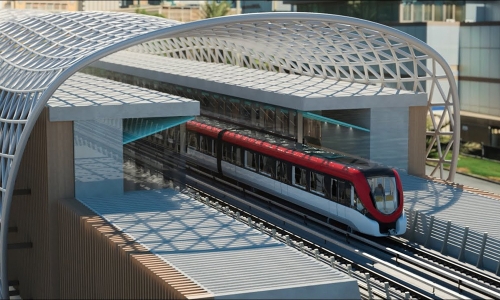 The Delhi Metro is a mass rapid transit system serving Delhi and its satellite cities of Ghaziabad, Faridabad, Gurgaon, Noida, Bahadurgarh and Ballabhgarh in the National Capital Region of India.

DMRC has provided HR Manpower to the Jakarta Metro Project in Indonesia in the past. An earlier report of ‘ET Now’ said that Delhi Metro is partnering with Virtue Global Holding Ltd for Bahrain’s Metro’s 29 -km Phase 1 Work.

As per the arrangement, DMRC would execute the engineering, procurement and Construction contract if the Dubai-based financial company, which has already qualified in the pre-bid stage, wins the bid.

The final bidding, DMRC said, is expected in November. The Bahrain Metro is a fully automated, driverless system that will provide memorable journeys through residential, business, administration and leisure spots.

According to IDOM, being developed under a PPP scheme, the metro will have 20 stations (2 interchange) and a depot/stabling facility. Phase 1 is the starting point for the Bahrain Urban Transit Network Project (BUTN) which will have four lines and 109 km.