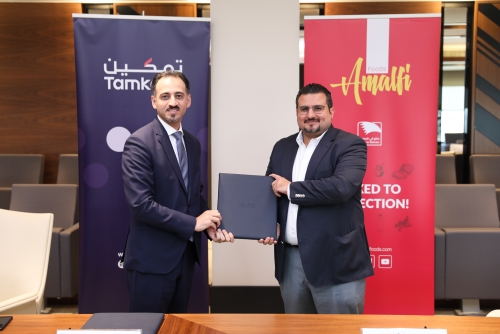 The Labour Fund “Tamkeen” announced its backing for Amalfi Foods, a Bahrain-based factory specialized in baked goods and confectionary products, to establish a new production line to triple their output and expand exports and presence in the region.

The move would increase employment from 33 to approximately 70 individuals. The new production line would triple the production of made in Bahrain pancakes, which would make their way to the shelves of most supermarkets in Bahrain and across borders to KSA, UAE and Kuwait.

Amalfi Foods are currently exporting 95% of their production. They are also planning to increase their export activities to cover the MENA region and export globally. Tamkeen’s Chief Executive, Husain Mohamed Rajab, stated: “Supporting projects like these will help position Bahrain as a food manufacturing hub that serves local and regional markets, given that these types of innovative local concepts are able to compete on a global level, adhere to the highest levels of quality standards, and showcase the capabilities of the Bahraini market to the world.”