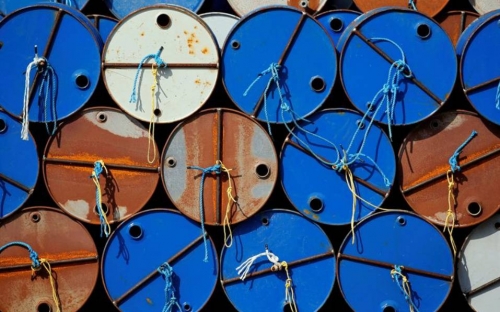 Saudi Arabia and other OPEC+ states agreed to bring forward oil production rises to offset Russian output losses to ease surging oil prices and inflation and smooth the way for an ice-breaking visit to Riyadh by US President Joe Biden.

OPEC+ said it had agreed to boost output by 648,000 barrels per day (bpd) in July - or 0.7% of global demand - and a similar amount in August versus the initial plan to add 432,000 bpd a month over three months until September.

Oil rose on the news towards $117 a barrel as analysts said the real production boost will be insignificant as most OPEC members except for Saudi Arabia and the United Arab Emirates are already pumping at capacity.

Earlier this year, oil came close to an all-time peak of $147 hit in 2008. OPEC+, an alliance of the Organization of the Petroleum Exporting Countries and other producing nations, includes Russia, whose output has fallen by about 1 million bpd following Western sanctions on Moscow over its invasion of Ukraine.

US diplomats have worked for weeks on organising Biden's first visit to Riyadh. With the Ukraine war adding to a tight crude market, the US administration has sought more supplies from Gulf allies such as Saudi Arabia, as well as from Iran whose output has been restricted by US sanctions that could be lifted if a nuclear deal is reached, and Venezuela, also under US sanctions.

BIDEN'S APPROVAL RATINGS Rocketing gasoline prices have driven US inflation to a 40-year high, hitting Biden's approval ratings as he approaches midterm elections. A source briefed on the matter said Washington wanted clarity on oil output plans before a potential Biden visit for a summit with Gulf Arab leaders, including MbS, in Riyadh.

The White House said it welcomed Thursday's decision and recognised the role of Saudi Arabia in achieving OPEC+ consensus. Western sanctions could reduce production from Russia, the world's second largest oil exporter, by as much as 2 million to 3 mn bpd, according to a range of industry estimates.

Russia was already producing below its OPEC+ target of 10.44 m bpd in April with output running at about 9.3 m bpd. A Western diplomat said Russia might be ready to agree to other members of OPEC+ to fill a gap in its output to preserve unity in the group and maintain support from the Gulf, which has tended to take a neutral stance over the Ukraine war.

OPEC+ agreed to cut output by a record amount in 2020 when the pandemic hammered demand. By September, when the deal expires, the group will have limited spare capacity to lift output further. Saudi Arabia is producing 10.5 m bpd and has rarely tested sustained production levels above 11 m bpd.

Riyadh says it is working on boosting its nameplate capacity to 13.4 m bpd from the current 12.4 m by 2027. The only other OPEC state with significant ability to produce more oil is the UAE, although OPEC is estimated to have less than 2 million bpd of spare capacity in total.