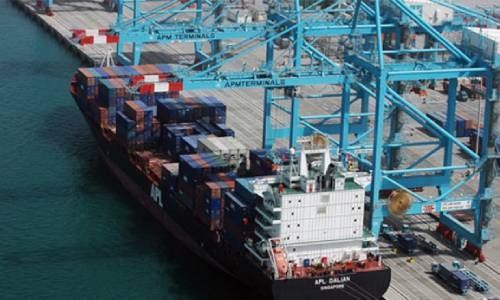 Bahrain’s value of exports of national origin has increased by 62% to reach BD478 million in April 2022, up from BD295 million for the same period of the previous year.

The value of imports increased by 10%, reaching BD505 million compared with BD457 million for the same month of the previous year.

This was according to the Information and eGovernment Authority (iGA) foreign trade report, encompassing data on the balance of trade, imports, exports (national origin), and re-exports.

The trade balance, difference between exports and imports, recorded a surplus totaling BD24 million compared to the same month of the previous year, an improvement of 122%, that is reflected positively in the value of the trade balance.

According to the report, the top 10 countries accounted for 67% of the value of imports, with the remaining countries accounting for 33%. China ranked first with BD79 million, followed by Australia with BD43.9 million and the UAE with BD43.5 million.

Non-agglomerated iron ores and concentrates was the top product imported into Bahrain with a total value of BD68 million, while another Aluminum oxide was second with BD38 million, and four-wheel drive cars third with BD18 million.

Saudi Arabia ranked first with BD13 million, followed by the UAE with BD9 million, and Hong Kong with BD6 million. Parts of aircraft engines were the top product re-exported from Bahrain with BD6 million, private cars were second with BD4 million, and wrist watches control third with BD3 million.