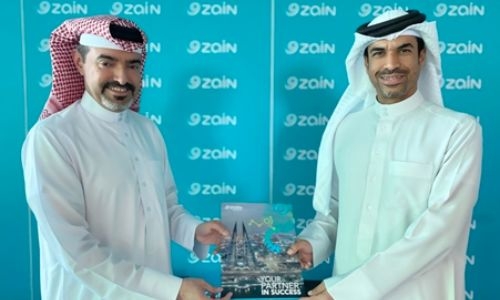 Zain Bahrain partners BSCAA to grow Esports in the Kingdom

Zain Bahrain, a telecommunications industry innovator in the Kingdom, entered a threeyear exclusive partnership with Bahrain Schools and Collegiate Athletics Association (BSCAA) to grow the Esports and gaming industry in the Kingdom.

The partnership will see Zain Bahrain hosting online and physical Esport events for school students across the Kingdom, including organizing bootcamps, tournaments and championships that will foster the growth and upskilling of gaming talents, as well as further developing their cognitive skills..

We are very excited to partner with Zain Bahrain and looking forward to supporting the gaming community in the Kingdom and being a part of a greater initiative of making Esports a mainstream in the Kingdom across local schools.”