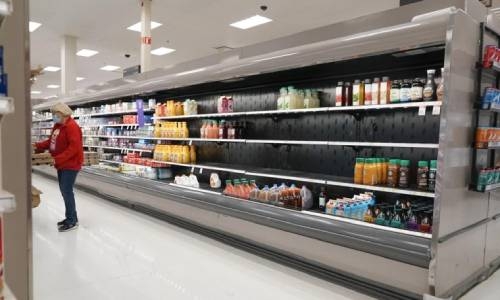 Liu Zhenmin, the U.N. undersecretary-general for economic and social affairs, said at a news conference releasing the economic report that two years after the start of the COVID-19 pandemic “we are still living in a time of great uncertainty.”

“At the start of 2022, the global economic picture in the market is still murky,” he said. “Job creation has not yet made up for the earliest losses with the employment deficits disproportionately affecting women and youth. At the same time, the spread of a new COVID-19 virus, supply challenges, rapidly rising inflation in many parts of the world, and the looming debt challenges are clouding the economic outlook.”

Last year’s robust recovery was largely driven by consumer spending, some increase in investments and trade in goods surpassing levels before the COVID-19 pandemic, according to the U.N. World Economic Situation and Prospects 2022 report.

But the momentum for growth “slowed considerably by the end of 2021, including in big economies, like China, the European Union and the United States” as the impacts of monetary and financial stimuli from the pandemic began to recede and major supply chain disruptions emerged, the report said.

The United Nations forecast is similar to the World Bank. released on Tuesday.

The 189-nation global financial institution that provides loans and grants to low and middle-income countries downgraded its forecast of worldwide economic growth to 4.1% this year from the 4.3% growth it was forecasting last June. It blamed continuing outbreaks of COVID-19, a reduction in government economic support and ongoing bottlenecks in global supply chains.

The U.N. report said labour shortages in developed economies are adding to supply chain challenges and inflationary pressures, and growth in most developing countries and economies in transition has generally been weaker.

While higher commodity prices have helped countries reliant on commodity exports, rising food and energy prices have triggered rapid inflation, particularly in the nine-member Commonwealth of Independent States, formed after the break-up of the Soviet Union in 1991, and Latin America and the Caribbean, the U.N. said.

“Recovery has been especially slow in tourism-dependent economies, notably in the small island developing states,” it said.

Hamid Rashid, chief of the U.N.’s Global Economic Monitoring Branch, said at the press conference that the U.N. projections of global economic growth are contingent on several assumptions.

“One assumption is that the vaccination progress that we have been making will continue, that there will be no more major disruptions, or pandemic-related disruptions again in the near term, in the next few quarters,” he said, “And, of course, there’ll be no major surprises with the monetary policy stances that we have in advanced economies.”

Rashid said looking beyond GDP numbers, the world has to take into account the rising poverty and inequality in developed countries but mostly in developing countries. He called it worrisome that 64 million more people are living in extreme poverty in 2022 than in 2019, before the pandemic.

U.N. Secretary-General Antonio Guterres said: “The time is now to close the inequality gaps within and among countries.”

“If we work in solidarity — as one human family — we can make 2022 a true year of recovery for people and economies alike,” he said.

Who are the world's highest-paid YouTubers of 2021 and what are their earnings?