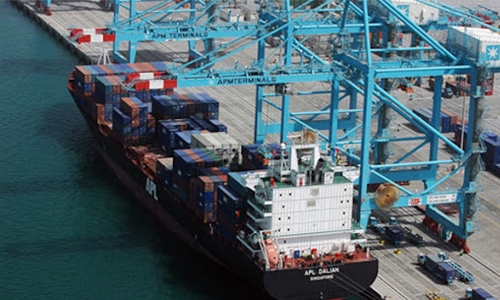 Export of Made-in-Bahrain products jumped 85% in October from the same month a year ago, as the Kingdom also recorded a 74% decrease in the deficit.

The deficit, the difference between exports and imports, reached BD29 m during October of 2021, a decrease of 74% from BD111 m for the same month of the previous year.

Export of made-in-Bahrain produce surged 85% to BD366 million during October 2021 from BD198 m in the same month a year ago. The data is according to the latest foreign trade report issued by the Information &eGovernment Authority.

The top 10 countries purchased from Bahrain accounted for 67% of the total value, with the remaining countries accounting for 33%. Saudi Arabia ranked first, importing BD53 m worth of national products from Bahrain.

The United Arab Emirate was second with BD37 m and the United States of America third with BD33 m. Unwrought aluminium alloys emerged as the top products exported during October 2021 with BD101 m, Agglomerated iron ores and concentrate alloyed was second with a value of BD60 m and Semi-finished iron and steel third with BD 26 m. 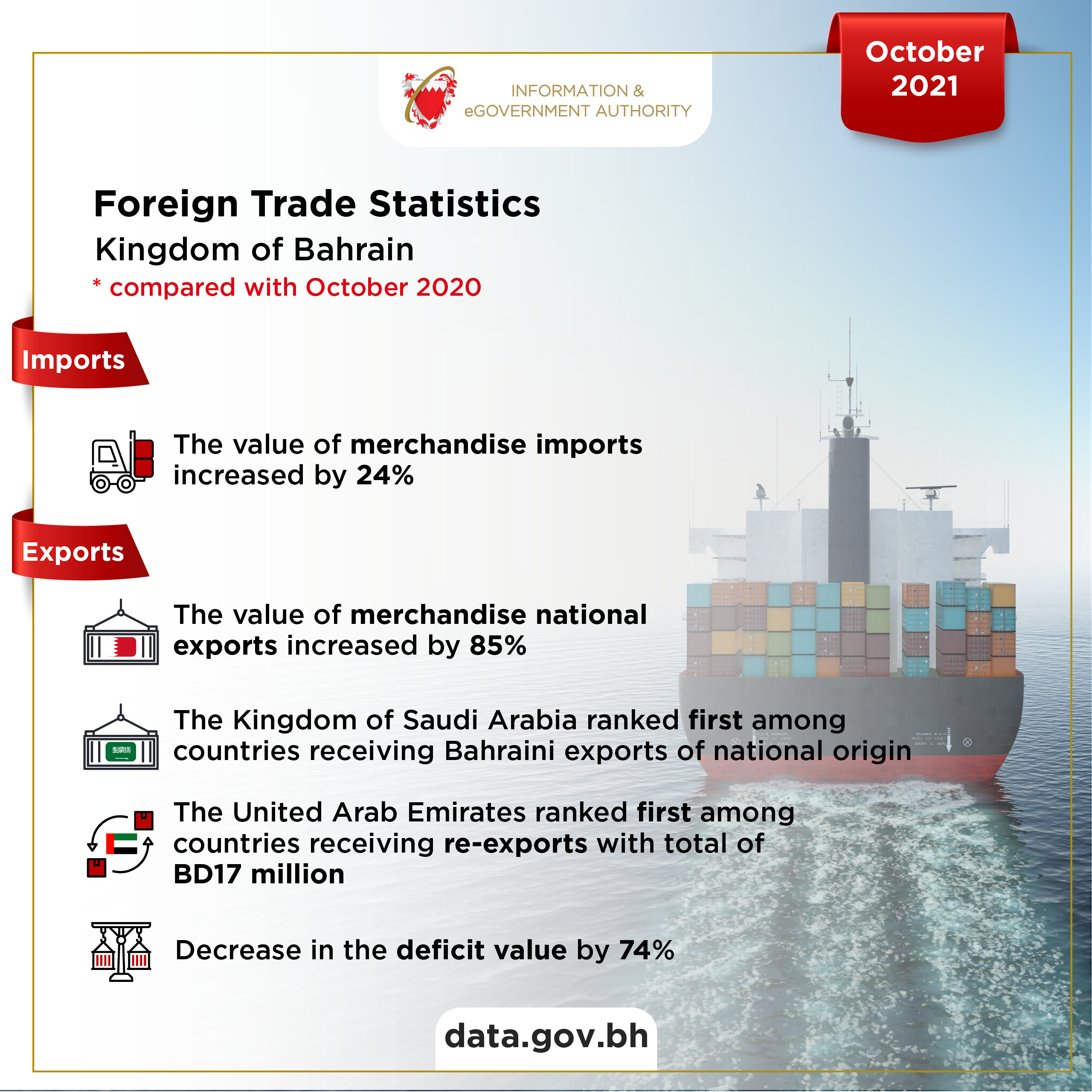 Imports rose 24% The value of imports increased by 24%, reaching BD452 m during October 2021 compared to BD365 m for the same month of the previous year.

The top 10 countries accounted for 73% of imports, and the remaining countries 27%. Brazil ranked first when it came to imports to Bahrain, with BD61 m, China was second with BD56 m, and Australia was third with BD54 m.

Non-agglomerated iron ores and concentrates emerged as the top product imported into Bahrain with a total value of BD75 m, while Aluminium oxide was second with BD48 m, and gold ingots third with BD10 m.

Re-exports edge up The total value of re-exports increased by 1% to reach BD57.3 m during October 2021, compared to BD56.6 m for the same month of the previous year.