India, UAE to lift trade to $100 billion in 5 years via new pact | THE DAILY TRIBUNE | KINGDOM OF BAHRAIN 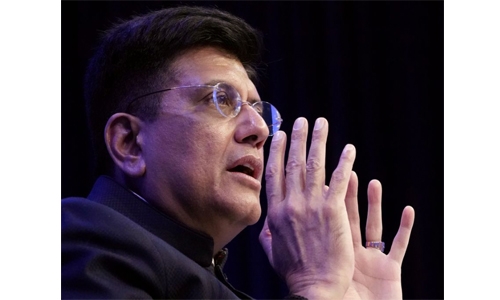 India and the United Arab Emirates plan to conclude a Comprehensive Economic Partnership Agreement (CEPA) by the end of the year with the aim to lift trade between the two countries by 70% in five years, trade ministers of both countries said.

India’s Trade Minister Piyush Goyal said yesterday both countries would also aim to sign an “early harvest” trade deal soon, before concluding the CEPA, which is likely to be implemented by March 2022.

“A new strategic economic agreement is expected to increase bilateral trade in goods to $100 billion within five years of the signed agreement,” the ministers said in a joint statement released yesterday. India is looking to boost exports through trade relationships and new pacts with a number of countries to revive its economy. With nearly $60 billion of bilateral trade, UAE is already India’s third-largest trading partner.

UAE is also India’s second-largest export destination after the United States, with exports valued at about $30 billion. The pact is aimed at boosting jobs and investments in both countries, the UAE’s Minister of State for Foreign Trade Thani Al Zeyoudi said on a visit to New Delhi.

Earlier this month, in an interview with Reuters, Al Zeyoudi said the UAE will pursue an aggressive timetable to negotiate economic agreements with eight countries it wants to deepen trade ties.