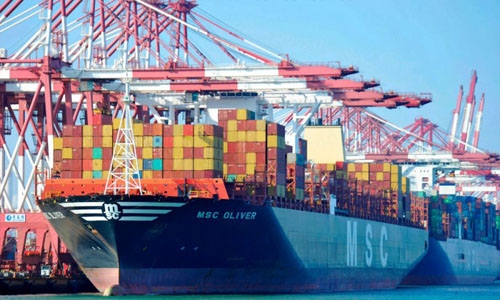 Bahrain’s value of exports of national origin has increased by 18% to reach BD684 million during the first quarter of 2021, up from BD580 million for the same period of the previous year. The value of imports increased by 3%, reaching BD1.312 billion during the first quarter of 2021 compared with BD1.272 billion for the same quarter the previous year.

This was according to the Information and eGovernment Authority (iGA) foreign trade report of the first quarter of 2021, encompassing data on the balance of trade, imports, exports (national origin), and re-exports.

The trade balance, the difference between exports and imports, recorded a deficit totalling BD442 million during the first quarter of 2021 compared with BD460 million for the same quarter of the previous year, an improvement of 4%. The top 10 countries in terms of the value of exports of national origin purchased from Bahrain accounted for 80% of the total value, with the remaining countries accounting for 20%. 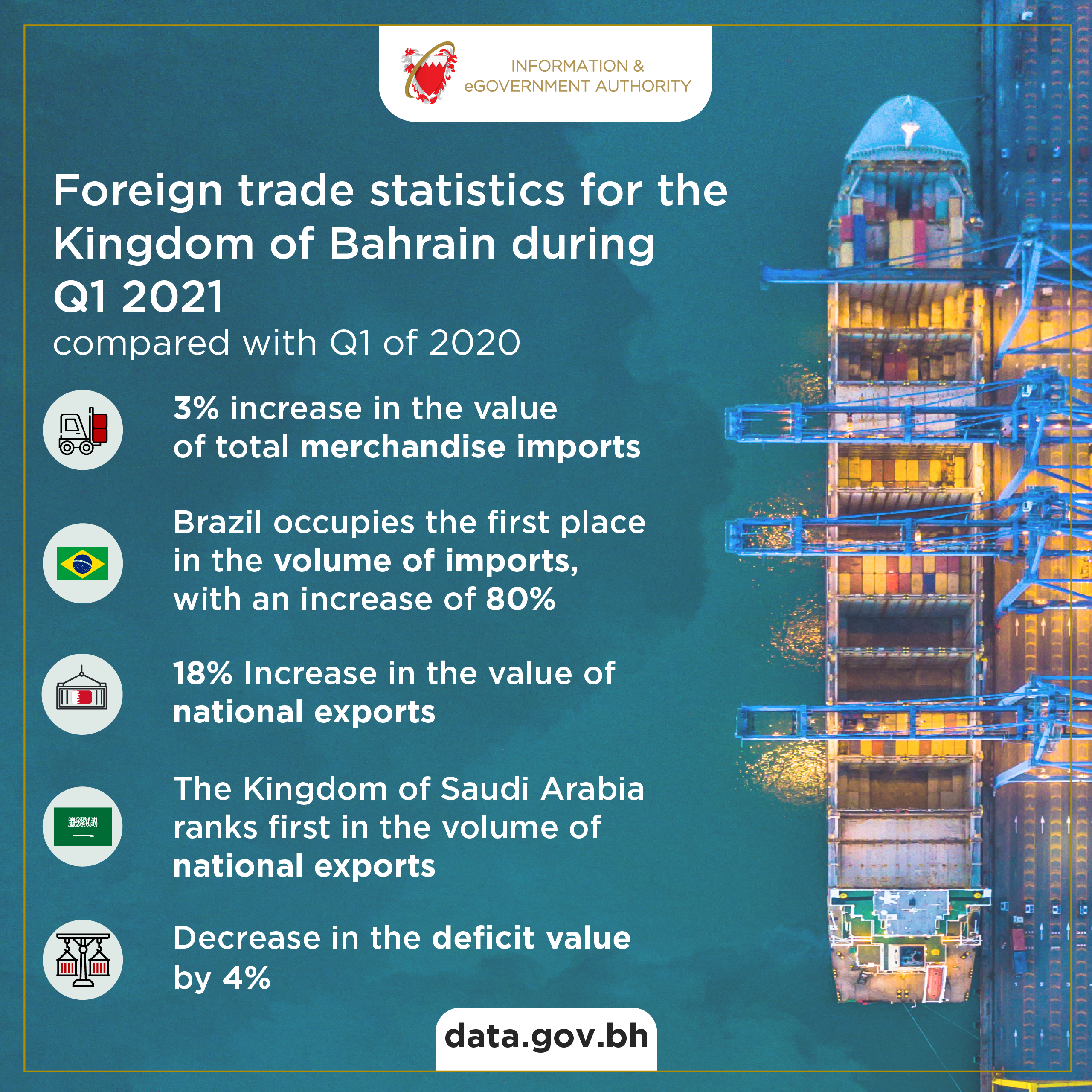 The UAE was second with BD76 million and the US third with BD71 million. Agglomerated iron ores and concentrates emerged as the top products exported during the first quarter of 2021 with BD150 million, unwrought aluminium alloys was second with a value of BD106 million, and aluminium wires (not alloyed) third with BD42 million. According to the report, the top 10 countries accounted for 72% of the value of imports, with the remaining countries accounting for 28%.

Brazil ranked first with BD175 million, followed by China with BD162 million and the UAE with BD102 million. Non-agglomerated iron ores and concentrates was the top product imported into Bahrain with a total value of BD169 million, while aluminium oxide was second with BD93 million, and four-wheel drive cars third with BD49 million.

The total value of re-exports decreased by 20% to reach BD185 million in the first quarter of 2021, compared with BD233 million for the same quarter of the previous year.

The UAE ranked first with BD61 million, followed by Saudi Arabia with BD49 million, and Oman with BD19 million. Four-wheel drive cars were the top product re-exported from Bahrain with BD26 million, agglomerated iron ores and concentrates were second with BD22 million, and apparatus for electrical control third with BD13 million.