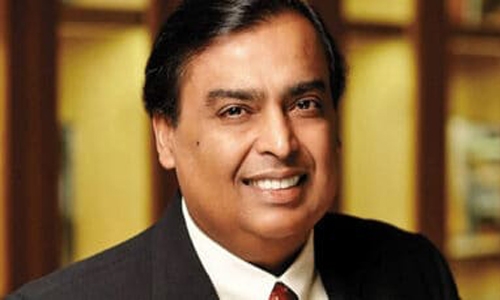 How billionaire Mukesh Ambani reclaimed his spot as Asia's wealthiest

The business magnate, who is also the richest person in India, ranked 10th on the recently-released Forbes' global billionaires list, with a net worth of $84.5 billion — a sharp rise from his net worth of $22.7 billion in 2016, when he placed #36 on the list.

In doing so, he has dethroned Jack Ma, Chinese investor and former executive chairman of e-commerce giant Alibaba, who was the richest person in Asia last year.

Ambani — who has diverse business interests from telecom to petroleum to retail — accomplished a fund-raising feat, mopping up $35 billion through a raft of deals to achieve his target of reducing his flagship RIL’s net debt to zero by 2021.

He sold a third of telecom unit Jio to marquee investors, such as Facebook and Google, and offloaded 10 per cent of Reliance Retail to private equity firms such as KKR and General Atlantic. He also concluded a $7.3 billion rights issue of RIL shares.

The total number of Indian billionaires rose to 140 from 102 last year, and their combined wealth has nearly doubled to $596 billion.

A third of Covid survivors suffer neurological or mental disorders