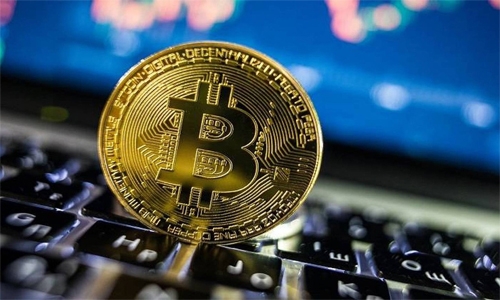 The Central Bank of Kuwait has asked local banks and companies there not to deal with or create direct or indirect investments in digital currencies like Bitcoin or similar currencies.

An AlAyam report, quoting an unnamed source, said the Central Bank does not permit to finance any person or institution to invest in Bitcoin like currencies.

The source also confirmed that the Central Bank of Kuwait and Capital Markets Authority had instructed companies and bank “not to invest in these currencies.”

Some local banks have internal policies prohibiting dealing in virtual currencies, according to the Al-Anba newspaper.

Bitcoin is a cryptocurrency that was started in 2009 by an unknown person or group of people using the name Satoshi Nakamoto.

The price of bitcoin had hit an all-time high on Friday as the market value of bitcoin reached above $1 trillion.

One bitcoin currently costs around $55,000, and there are about 18.6 million bitcoins in circulation according to the coin base.

Earlier this month, Elon Musk announced that Tesla has acquired $1.5 billion in bitcoins in January and that it could accept the asset for payments in the future.

Musk on Thursday via a tweet defended Tesla’s purchase of Bitcoin.

Tesla also said that it was thinking of letting consumers use bitcoins to buy its cars and SUVs.

Musk has previously shared a series of tweets promoting Dogecoin.

Musk had tweeted that, “The future currency of earth”.

Elon Musk tweeted, “I just set up some little Doge mining rigs with my kids.

Musk has been a staunch supporter of cryptocurrency use.