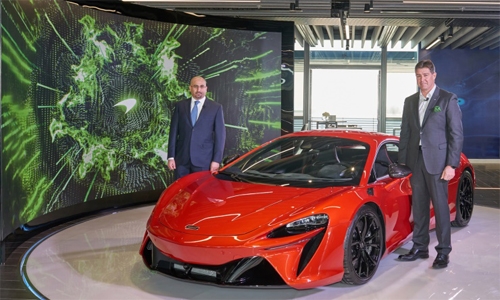 McLaren Automotive, the British creator of high-performance supercars, has revealed the long-anticipated McLaren Artura today, marking the beginning of both a new chapter for the pioneering luxury supercar company and a new era in supercar technology and performance.

Underpinned by the McLaren philosophy of super-lightweight engineering, the Artura is a distillation of every attribute inherent in a McLaren, combined with faster throttle response, lower emissions and ability to run in pure EV mode, thanks to its ground-breaking electrified powertrain.

“We are proud and honoured to showcase the all-new McLaren Artura in the Kingdom of Bahrain and on the day of its global debut,” Brett Soso, Managing Director – Europe, Middle East & Africa, McLaren Automotive Ltd, said.

“This revolutionary High-Performance Hybrid supercar marks the beginning of a new era for both McLaren Automotive and the wider supercar segment. Every drop of our engineering expertise gained across more than 50 years of racing has been poured into the Artura, to deliver a combination of breath-taking performance, driver engagement and dynamic excellence, which our brand is so renowned for. I am confident that this extraordinary creation will appeal to both our existing and new customers in the Middle East region.” 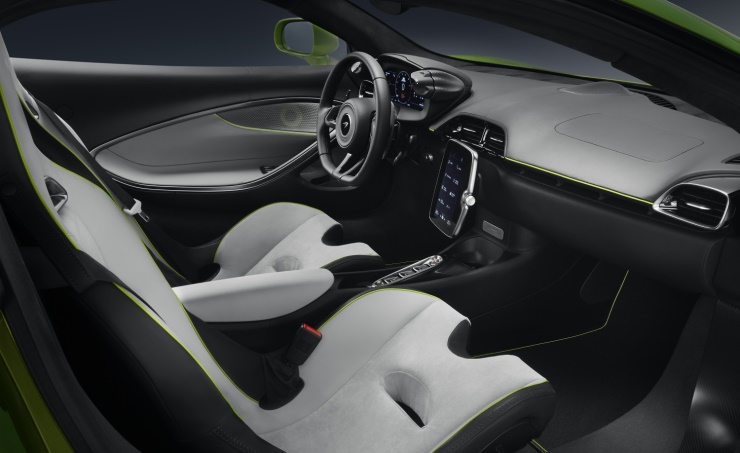 The McLaren Artura is the first model built on the new McLaren Carbon Lightweight Architecture (MCLA), which sets new standards for advanced and flexible chassis design and has been optimised for hybrid applications through bespoke battery compartment, domain-based ethernet electrical architecture, as well as electrical air-conditioning.

At the heart of the Artura’s all-new powertrain is a lightweight 2,993cc twin-turbocharged V6 petrol engine, paired to a bespoke eight-speed transmission and a compact e-motor, which provides the supercar with instant torque and improved throttle response.

The package generates a combined power output of 680PS (671 bhp) and 720S Nm of torque, which translates to a class-leading power-to-weight ratio of 488PS per tonne. The Artura’s top speed is electronically limited to 330km/h with 0-100km/h reached in just 3 seconds and 0-200 km/h in 8.3 seconds.

The Artura is designed with full Plug-in Hybrid (PHEV) capability and can be charged to an 80% level in just 2.5 hours. The battery pack, comprising five lithium-ion modules, can also harvest power from the combustion engine during driving, depending on the driving mode selected. This solution provides the driver with a unique ability to enjoy the car in silent, pure EV mode with a range of up to 30km and a top speed of 130km/h.

Every McLaren cockpit is built around the driver, but the Artura brings a new level of meaning to that principle. The driving experience is enhanced through a new Digital Instrument Cluster mounted to the steering column, so it moves in conjunction with the steering wheel.