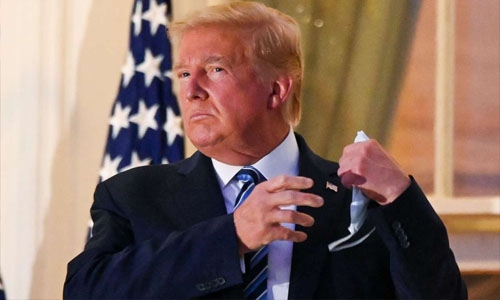 When he assumes office on Wednesday, President-elect Joe Biden will inherit a stock market near all-time highs, along with a gaping budget deficit, a weakening dollar, elevated economic uncertainty and a Federal Reserve that may have less ammunition to fight the next crisis.

Here is a graphic look at what has changed in markets over the last four years and what investors have to look forward to over Biden’s term. 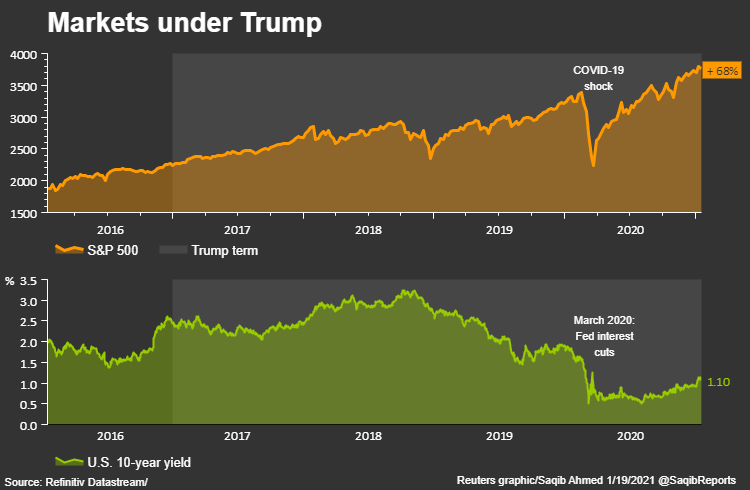 The S&P 500 is up about 68% since President Donald Trump took office. Its 73% surge since late March has been aided by massive fiscal and monetary stimulus, as well as expectations that a COVID-19 vaccine will spur economic reopening.

Ultra-low Treasury yields - which plunged after the Fed cut interest rates to near-zero - have also increased the allure of stocks. 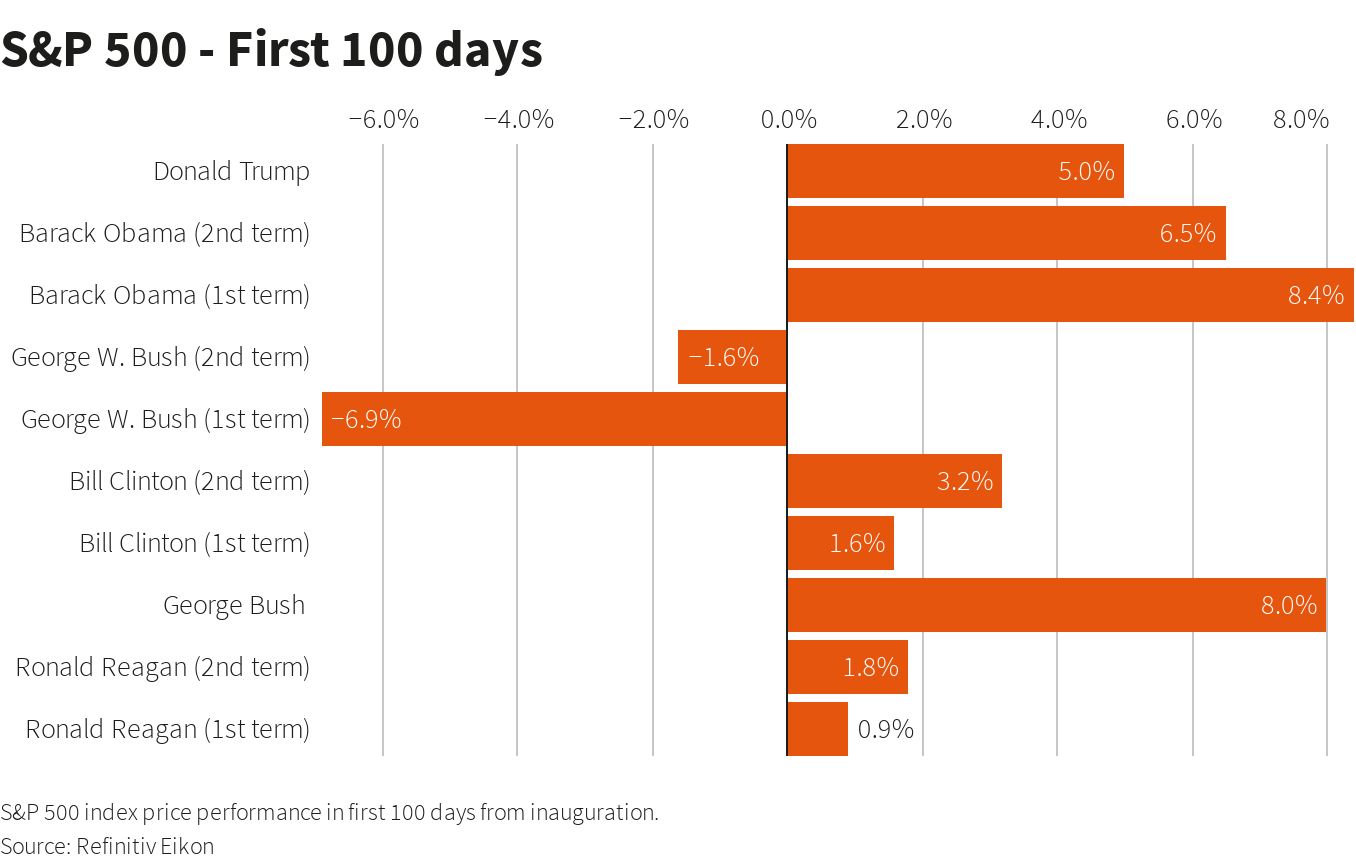 If history is any guide, the stock market should give Biden a warm welcome. The S&P 500 has risen in the first 100 calendar days in eight of the last 10 presidential terms.

Still, Biden’s first 100 days may be more fraught than those of his predecessors: while he needs to stimulate the economy quickly, the slender Democratic majority in Congress means the final size and timing of a proposed $1.9 trillion stimulus package remain uncertain. 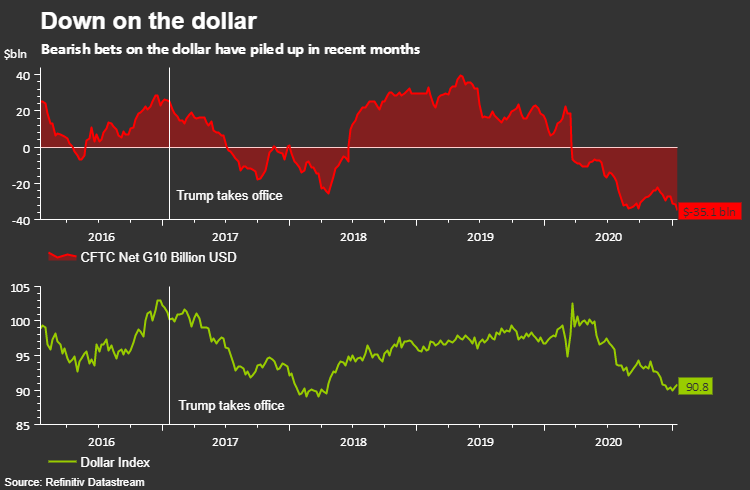 3. DOES THE BUCK STOP HERE?

Biden is also inheriting a dollar that’s fallen 12% from last year’s highs. A weaker dollar aids exporters by boosting the competitiveness of U.S. products abroad and increases the appeal of U.S. stocks by making them more affordable to foreign buyers.

Rallying U.S. yields have recently lifted the dollar off its lows, and a more sustained move in the greenback risks sparking an unwind of the market’s near-record bearish dollar position and sparking more gains in the currency.

Regardless of where the dollar goes, the incoming administration has signalled it will be less likely to comment on the currency’s fluctuations than Trump, who periodically railed against a strong dollar.

(Graphic: Down on the dollar) 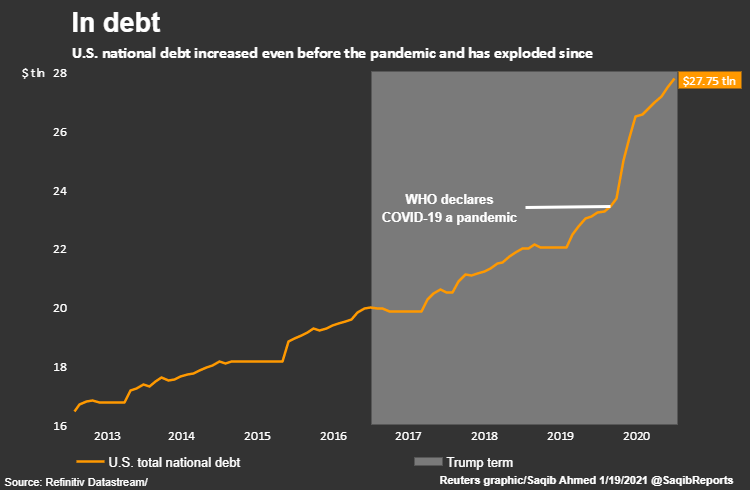 The national debt ballooned by almost 40% under Trump to nearly $28 trillion, fueled by the passage of tax cuts in 2017 and a flood of spending to counter the economic hit from the coronavirus pandemic last year.

Some investors worry the country’s exceedingly cloudy fiscal picture risks tarnishing the appeal of U.S. government debt over the long term, an outcome that may eventually weigh on the U.S. dollar’s attractiveness as a reserve currency.

The U.S. national debt is likely to continue growing under Biden. Janet Yellen, his nominee for Treasury secretary, urged lawmakers on Tuesday to “act big” on the next coronavirus relief package, adding that the benefits outweigh the costs of a higher debt burden. 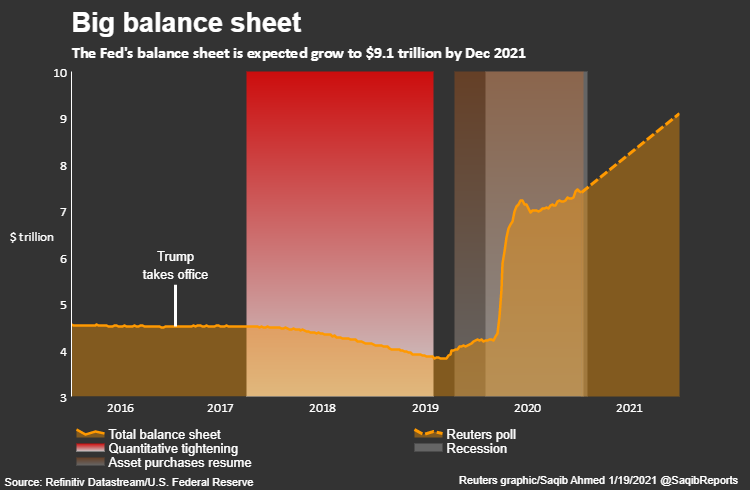 Biden will inherit a Federal Reserve balance sheet that is bigger than ever, thanks to ramped-up spending in the wake of the pandemic.

Some worry that interest rates already at rock-bottom levels and asset purchases currently at $120 billion a month may give the central bank less scope to manoeuvre if the economy worsens or a fresh crisis hits, putting an additional focus on fiscal policy.

The Fed’s balance sheet is expected to grow to $9.1 trillion by the end of 2021, a December Reuters poll showed. 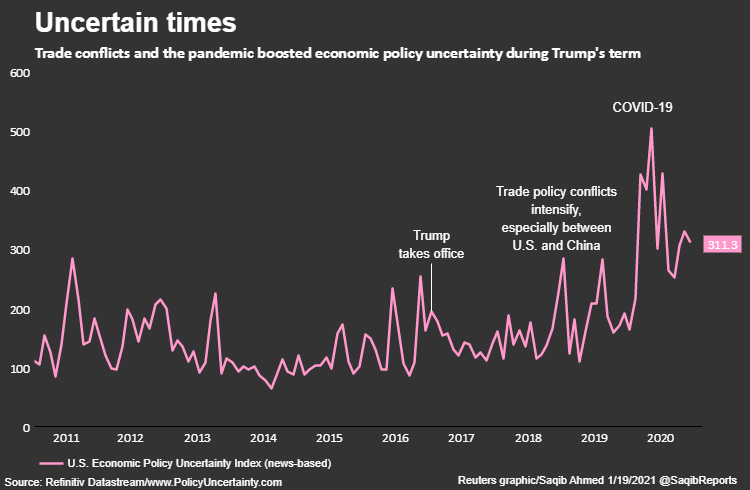 The coronavirus pandemic ratcheted up economic concerns during the last year of Trump’s term. Earlier years of his presidency were marked by flaring trade frictions between the United States and China that rocked asset prices.